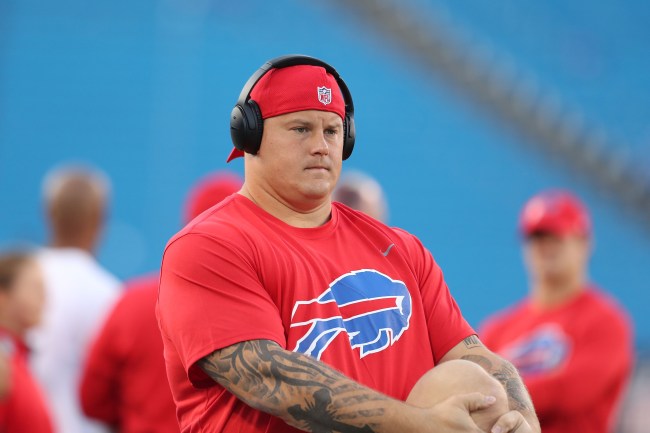 Just a few days after the Bills released Richie Incognito in the midst of a contract so he could play for another team, the Pro Bowl lineman has demonstrated yet another display of erraticism.

According to TMZ, the 34-year-old was involved in an altercation with another man at an upscale gym in Boca Raton, Florida that ended with him throwing a dumbbell at the man and the cops being called.

Incognito was working out early Wednesday morning when he exchanged words with another gym-goer. The man told TMZ that Incognito threw a tennis ball at him for no reason before tossing a dumbbell at him.

The man also said that Incognito was rambling about the government and screaming at the man to “get off my fucking playground.” (That’s an all-time line).

Sources at the gym claim that Incognito was taken away by the police and was placed on an involuntary psychiatric hold to be evaluated–the same evaluation that he was forced to undergo when he was accused of bullying former teammate Jonathan Martin.

Incognito has been one of the best offensive lineman in the league for most of his 13-year career, but its tough to see a team taking a chance on a dude whose exhibiting increasingly turbulent behavior.

UPDATE: It looks like Richie Incognito needs some serious help.

Richie Incognito to police when they approached him at the gym yesterday: “Therels a guy walking around with head phones on. I`m running NSA class level 3 documents through my phone. I cant have anybody in blue tooth capability of me or taking pictures of me." pic.twitter.com/9TPV5oECYc