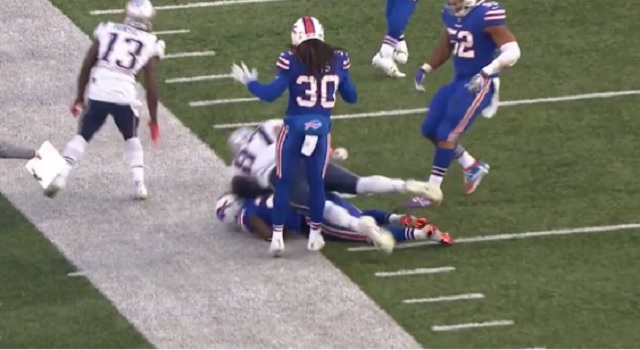 Things get ugly on Sunday between the Bills and the Patriots. This week, infamous Bills offensive lineman Richie Incognito believes the team’s defense has a chance to exact revenge on Rob Gronkowski for his cheap shot on Tre’Davious White last month.

Via The Buffalo News

“Obviously, there are going to be opportunities for guys to take shots this next game,” “Gronkowski took his shot. Now it’s our defense’s chance to take their shots on him. When you do dumb stuff like he did, you open the door. The referees are a little more lenient because they know you got it coming. You’ve just got to be prepared to take it.”

Gronk was made aware of Incognito’s comments and doesn’t appear to be sweating any potential retribution from the Bills.

“I’m just focusing on the game Sunday,” Gronkowski said. “I’m just preparing the same and we’ll see how it goes. To tell you the truth I’m just expecting a very good, hard-nosed football team on the defensive side of the ball for the Bills to be coming full speed like they always do every time we play them.”

Despite Incognito’s comments, several Buffalo Bills players have said they have to put Gronk’s hit on White behind them. Let’s hope nothing crazy on Sunday because it would be a shame if Gronk got injured because of a retaliation hit before the playoffs.