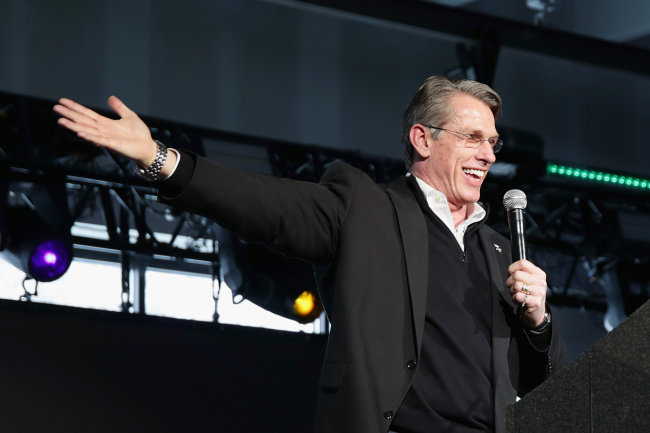 Spielman, 59, spent two years on an NFL roster in the late 1980s before moving into the front office side of things. After retiring from playing, the Ohio-native worked his way up with the Lions and Bears before getting his first opportunity as a General Manager in 2004 with the Dolphins after a few years as the VP of Player Personnel and the Senior VP of Football Operations.

After just one year in Miami, Spielman left the franchise and took over as the VP of Player Personnel with the Vikings two years later, a role in which he served through 2011. At that point — what he is most known for — Spielman took over as the General Manager in Minnesota from 2012 to 2021.

Over the course of his time with the Vikings, he is most known for his involvement in hiring Mike Zimmer, drafting Adrian Peterson, Percy Harvin, Christian Ponder, Cordarrelle Patterson, Teddy Bridgewater and Stefon Diggs, and signing Kirk Cousins.

In August 2020, Spielman signed a multiyear extension with Minnesota that ran through 2023. He didn’t make it that far and was fired along with Zimmer on January 10, 2022 after the team did not make the playoffs.

Although the exact details of Rick Spielman’s contracts are unclear, he made a lot of money.

The Vikings signed his replacement to a four-year, $12 million contract, so he was likely in the ballpark. Regardless of how much money he made, Spielman wants you to know that his money does not jiggle, but that it folds.

A TikTok video from what appears to be his burner account shows the currently unemployed NFL executive doing a viral dance. The context of the video is unknown, and the fact that he seems to have a TikTok burner account to post himself dancing is hilarious.

Maybe he lost a bet? Maybe he’s trying to connect with one of his six adopted children and did the dance for them? Whatever the reason, his moves could use some work.