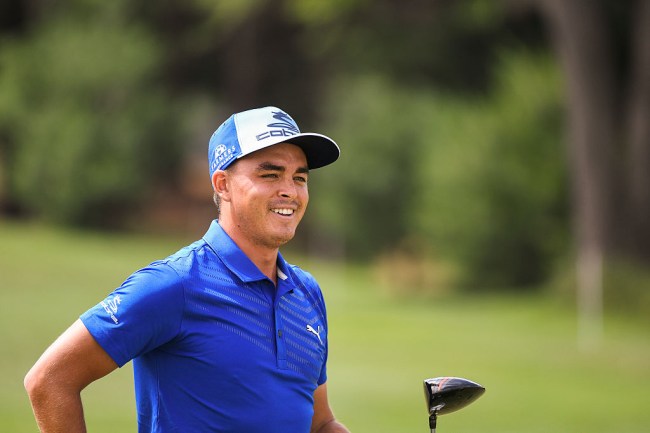 Every time a high-profile athlete goes undercover to surprise a few of us regular folk in the regular world, it makes for an entertaining video.

This time we have Rickie Fowler going undercover as a bearded, local legend caddie in partnership with Farmers Insurance and the five-time PGA Tour winner did not disappoint. The 31-year-old seems to be one of the most down to earth and sarcastically funny guys in the game and he showed that off as Richard Flower.

With the longer hair and tan skin, throwing a ragged fake beard on his face and some shades is just about all it took for Fowler to transform into an unrecognizable guy and he pulled off the look with ease.

“Going in, I hoped it would be authentic,” Fowler told Golf Week of his undercover loop. “After looking at the footage I was happy with the finished product. It was fun to surprise people, make them laugh and bring a smile to their faces. It was especially cool when the beard and costume came off.”

Fowler is set to make his second start of 2020 at this week’s American Express where he headlines the field alongside fellow Americans Phil Mickelson and Tony Finau. After helping lead the U.S. to a win at the Presidents Cup in December, Fowler earned a T-5 finish at the Sentry Tournament of Champions in his lone start in the new year.