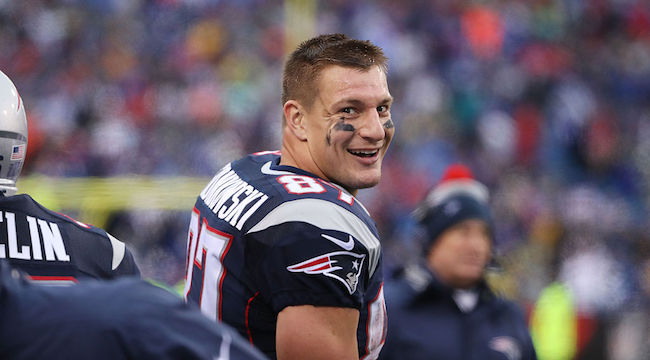 Rob Gronkowski posted a Gronk-esque stat-line for Super Bowl LII after a slow first half: finishing with 9 catches for 116 yards and 2 touchdowns. The 28-year-old certainly made a case for the argument that he is the best tight end to ever play the game.

But, as the whole world knows by now, the five-time Pro Bowler’s stellar game wasn’t enough to secure his third Super Bowl title.

After the game, the 28-year-old was getting peppered with questions from the media about his future plans, a lot to handle after a heart-wrenching loss. Upon coming home from Minnesota, Gronk likely just wanted to unwind at his Foxborough mansion, play some Madden, and probably chest bump a few times with his brothers.

And then some asshole robbed his house.

Although the Foxborough police wouldn’t confirm what was stolen, the  Boston Globe reported  that the burglary might have involved “multiple safes and possible guns,” according to a police dispatch.

In a newly-released audio tape of the 911 call, a relaxed Gronk phones the police to report the crime. Take a listen below.

“This isn’t an emergency. … This is just uh, Rob Gronkowski calling,” Gronk said to the operator. “While I was gone, my whole house got robbed while on the Super Bowl trip and I just got back.”

I guess when you’re in the midst of a 6-year, $54 million contract, a few stolen items isn’t too urgent.