Rob Gronkowski On Possible NFL Return: ‘I Wouldn’t Say Never… One Year Off Could Possibly Be The Case’ 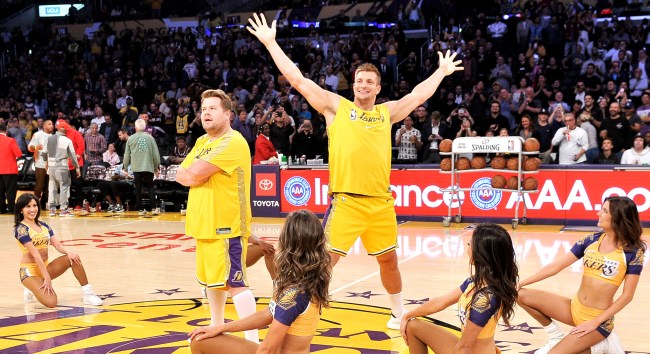 Rob Gronkowski simply will NOT put a definitive end to the rumors of a comeback with the New England Patriots. Now he’s saying he might just take one year off and then make his return to the NFL.

One thing is 99 percent sure, Gronk won’t be playing tight end for the Patriots in 2019. The deadline for that announcement would have to come by Saturday, Nov. 30. Instead he will be hanging out in Miami hosting a Super Bowl LIV party called “Gronk Beach.”

Following his “Gronk Beach” announcement on Tuesday, Gronkowski spoke with Mike Reiss of ESPN and said about a possible comeback to the NFL, “I wouldn’t say ‘never coming back. I’m 30 years old. I’m young. I still stay fit, still watch the game whenever I can, still enjoy it. I’m feeling good, but you know, one year off could possibly be the case. Or maybe two years off, man. It’s always an option in the back of my head. It’s not like I’m not staying in shape and not doing anything. I’m never stressed over it.”

Of note: Gronk still hasn’t filed his official retirement papers and Patriots owner Robert Kraft has reportedly left the door wide open for him to return.

Whether that ever actually happens or not will apparently STILL be a question that will remain unanswered for perhaps at least more year.

In the mean time, Tom Brady can keep on trolling and breaking the hearts of Patriots fans and Gronk can keep on doing things like dancing his ass off with the Lakers Girls, Venus Williams, and James Corden at NBA games.