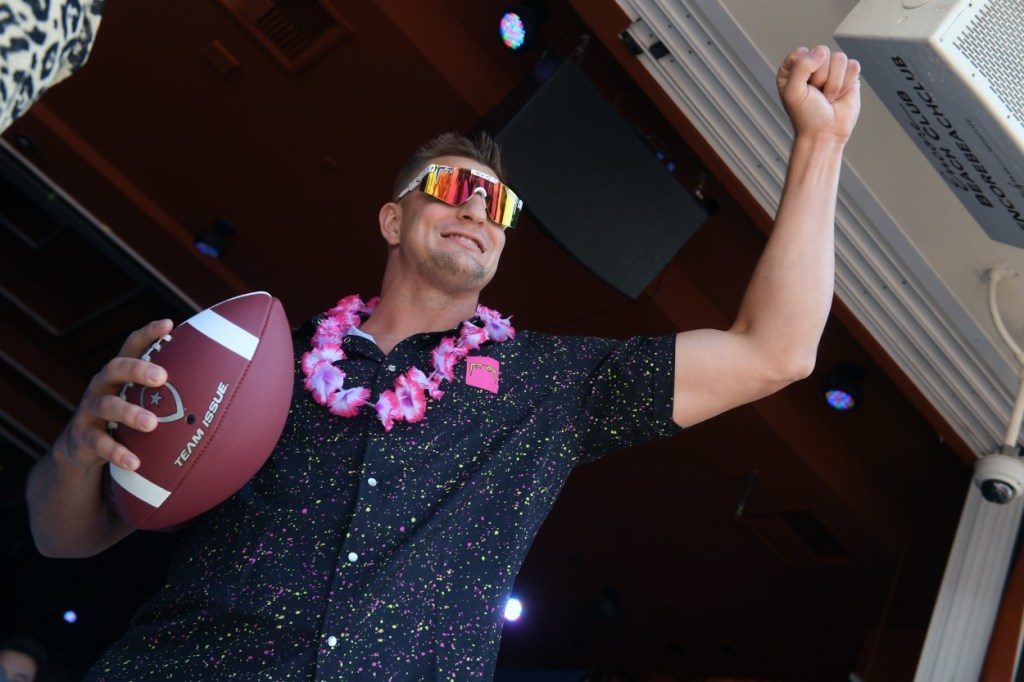 On Tuesday, Rob Gronkowski announced his retirement from the NFL after 11 seasons. He is a lock for the NFL Hall of Fame and will be remembered as one of the most difficult offensive matchups in NFL history.

Within minutes of announcing Rob Gronkowski announcing his retirement, NFL insiders and fans were already speculating about the finality of Gronk’s retirement. He did, after all, retired back in 2019 before eventually joining Tom Brady with the Tampa Bay Buccaneers for another Super Bowl title where Gronk caught two of the three TDs in Super Bowl LV.

My colleague said it really well.. When talking about Gronk’s retirement, NFL insiders with millions of followers on social media “have more to gain by posing it as a question mark than a period.” Discussing his retirement as an open door situation is good for clicks, right?

But Gronk’s personal retirement announcement on Facebook and Instagram seems pretty final in nature. The announcement also included a really sweet story about playing for the Tampa Bay Buccaneers. Here it is…

If that isn’t loading for you, here’s what Gronk’s announcement said:

In college, I was asked to write about a dream job opportunity that I wanted to pursue and where the location would be. Every time I had to write about my future, no matter what, I picked being a professional football player. For that assignment though, we had to pick the location. So I wrote that I wanted to play in Tampa for the Tampa Bay Buccaneers, for many reasons, the sunny weather being #1.

I completely forgot about writing this report until 2 years ago when I had the opportunity to join the Tampa Bay Buccaneers. And let me tell ya, the journey in Tampa over the last 2 years has blown away what I originally wrote about in college, big time. And for this, I want to thank the whole entire first class Buccaneers organization for an amazing ride, trusting me to come back to play and help build a championship team.

I will now be going back into my retirement home, walking away from football again with my head held high knowing I gave it everything I had, good or bad, every time I stepped out on the field. The friendships and relationships I have made will last forever, and I appreciate every single one of my teammates and coaches for giving everything they had as well. From retirement, back to football and winning another championship and now back to chilling out, thank you to all.

Buccaneers 🏴‍☠️ fans, the Krewe, without you guys, none of this is possible, all of ya brought it every game, thank you for all you do. Cheers to what’s next, maybe sailing the seas 🏴‍☠️ Arghhhhhh!!

Assuming Rob Gronkowski stays retired like he says he will, it will be 5 years before Gronk is eligible for the NFL Hall of Fame. And it’s kind of funny to imagine Gronk going into Canton and getting his gold jacket before Tom Brady.

To check out how NFL fans are reacting to Gronk’s retirement announcement you can check out our roundup of fan reactions right here.