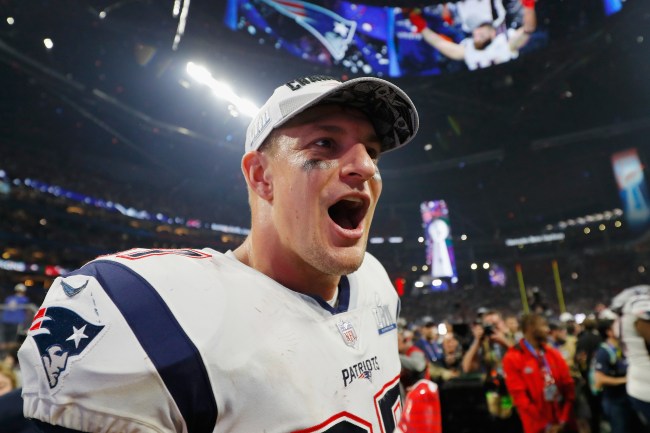 According to a Tuesday night report from Spectrum Sports 360 reporter Jon Alba, Gronkowski — who spent eight years with the New England Patriots from 2010 to 2018 — was “finalizing a contract” to join the iconic wrestling company.

Rob Gronkowski of course appeared at WrestleMania 33 in Orlando for #WWE, helping his friend and former #NFL player Mojo Rawley win a battle royal. WWE had been long interested in Gronk, and Paul Levesque (Triple H) had been with him Super Bowl weekend. #Patriots

As the report from Jon Alba points out, while Gronk won’t necessarily be wrestling every week, his impending deal with the WWE shows just how much his body has healed in his year-plus away from professional football.

This won’t be the future Hall of Famer’s first foray into professional wrestling, as he previously appeared at Wrestlemania 33 in Orlando in 2017 to help his friend and fellow former NFL player Mojo Rawley win a battle royal.

Gronkowski, who was drafted by the New England Patriots in the second round of the 2010 NFL draft, went on to win three Super Bowls with the organization and become one of the most dominant tight ends in the history of the sport.

Following his retirement from professional football following the 2018 season, many expected him to return to the Patriots later the next season, as many did not believe that Gronk– who was in his late 20s at the time — was truly ready to walk away from the game. The Pro Bowl tight end stayed true to his word, though, and sat out the entire 2019 season.

At this time, it is unclear when Gronk — now 30-years-old — will officially begin his WWE career.