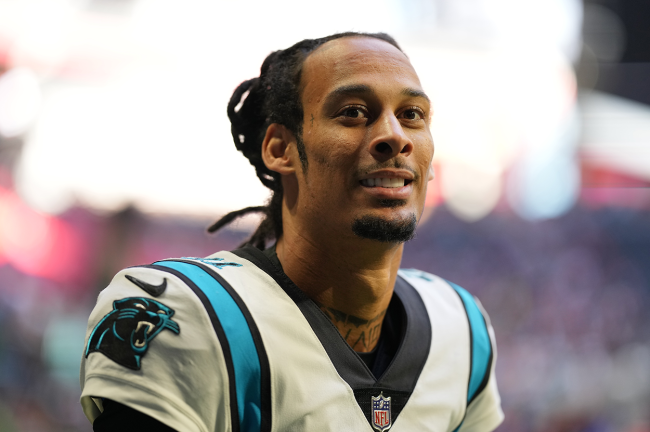 Robert Steven Anderson is a simple man. He likes what he likes, he says what he says, and he does what he does — even if that means confusing everybody in the process.

Earlier this year, the 29-year-old Panthers wide receiver asked that people refer to him by a different name. Well, it’s the same name, but it’s a different spelling.

Throughout his entire NFL, Anderson went by his ‘Robby,’ which is obviously a nickname that is short for his birth name. Pretty plain and simple. It even went all of the way back to his time at Temple.

And then Anderson decided to switch things up. Kind of. He completely changed his name but also kept it the same.

Rather than going by ‘Robby’ Anderson, Anderson asked during the offseason to spell his name ‘Robbie’ with an ‘ie’ instead of a ‘y.’ It’s confusing, but it’s also not.

In addition, Anderson changed his number from No. 11, which he wore since his first day in the NFL, to No. 3. He explained why:

“That’s my number from high school. It represents new beginnings and that’s how I feel in a lot of aspects of my life. A lot of growth, elevation. And you know, it’s saucy. It look better than eleven.”

However, he did not give an explanation for his name change. Until Friday.

Anderson spoke with the media after the third day of training camp and shared the reason for the spelling switch. It is super, super simple.

Anderson on changing the spelling on his name: “I kinda like how it looks It’s better on paper with the ie on the end. That’s what it was when I wore No. 3 too.”

Anderson says that “that’s what it was” when he wore No. 3. Anderson hasn’t worn No. 3 since high school, so apparently he spelled his name with an “ie” in high school and then changed it before college?

All of the background and change is confusing, but Robbie Anderson now wears No. 3 and that is simple enough to understand and accept.