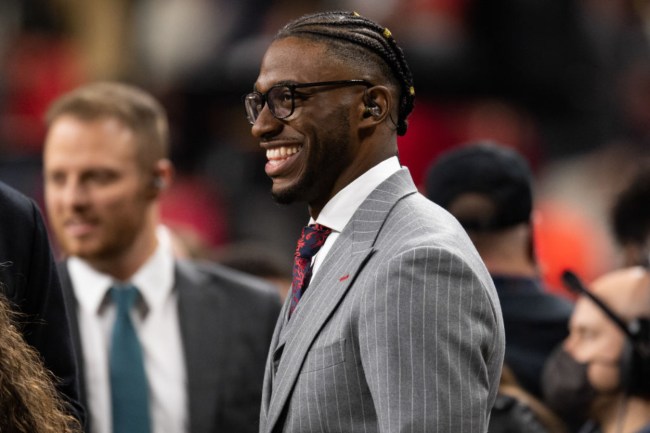 Back in November of 2021, Robert Griffin III made headlines by announcing that he would soon be publishing a tell-all book about the dysfunction within the NFL’s Washington franchise. Fast-forward a few months and it seems like the book won’t see the light of day.

Erick Bickel of ‘The Sports Junkies’ was the first to claim that RG3 is no longer planning to publish the book. According to Bickel, Griffin III had “second thoughts” about the project and the co-author has since moved on from the project as well.

Credit to Bickel, he predicted when the news first broke that the book would never be published, and it appears he’s right.

Griffin III’s book was set to be titled ‘Surviving Washington’ and he promised to  “open your eyes to the sexual harassment that permeated the walls of that building.” RG3 made the announcement in a video post shared to Twitter, but that tweet, and others about the book, have since been deleted.

After the sports world took notice of Griffin III scrapping mentions of his book, his broadcasting agent, Mark Lepselter, released a statement confirming the book is no longer.

“Through the process of thinking about writing a book, I’ve learned that this an issue bigger than one person,” Griffin said. “I want to give space to and elevate those who have already come forward, while encouraging those who have not yet to feel empowered to speak,” the statement read in part.

Fans were quick to call out Griffin III after he announced that he was writing a book to expose Washington. Former Redskins players also ridiculed him, and LaVar Arrington may have been the harshest critic.

“Why didn’t you do your tell-all three or four years ago?” Arrington asked. “Because you were scared of backlash that you would receive saying what you believed your truth was in a time where you didn’t have all of the stuff that has come out with the cheerleaders, and the emails, and all this stuff that makes it safe for you to be a front-runner of justice.”

“I hate when dudes do b-tch moves to be heroes and you do it in the comfort of knowing people already know what’s going on.

The book was available for pre-order when Griffin III made the announcement, but the link to pre-order the book now no longer exists.