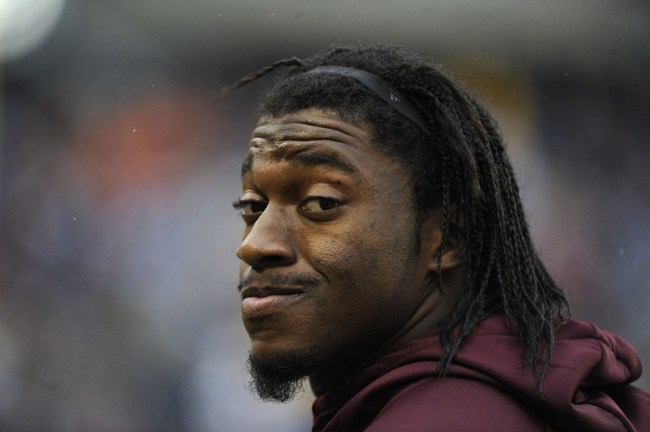 Robert Griffin III has a new book coming out titled ‘Surviving Washington’ that he says will walk readers through one of the most dysfunctional franchises in all of sports. That franchise, of course, is the Washington Football Team. While there’s no denying that the franchise is indeed a mess and has plenty of explaining to do on a number of fronts, NFL fans were quick to call RGIII out after announcing his new book.

Griffin III was drafted second overall by the then Washington Redskins back in 2012 and spent three seasons in Washington. Now, it seems he’s put all of his memories and the claimed medical mismanagement he received during his time with the team into a book.

He also explained during his announcement video that he’ll “open your eyes to the sexual harassment that permeated the walls of that building.”

The truth will set you free.

While the teaser from Griffin III sounds enticing, and the book very well may be an eye-opener on a lot of fronts, NFL fans were quick to call out the former Heisman Trophy winner.

Shortly after Ryan Fitzpatrick went down with an injury in Washington, RGIII tweeted a video of him playing for Washington with the caption ‘Make The Call.’

The Internet doesn’t forget, and it certainly hasn’t forgotten about his tweet wanting to re-join the team he sent back on September 13.

But weren’t you just trying to come back in September 🤔🤣

Explain this from a few months ago! pic.twitter.com/WGnvy52rLk

But, wasn’t you trying to go back to the team earlier in the year? 🤔 come on man, just trying get some quick dollars

Griffin III started 35 games for Washington during his career and posted an overall record of 14-21 during that stretch. The injury-plagued QB started five games for the Cleveland Browns in 2016 before spending three seasons with the Baltimore Ravens from 2018-2020.