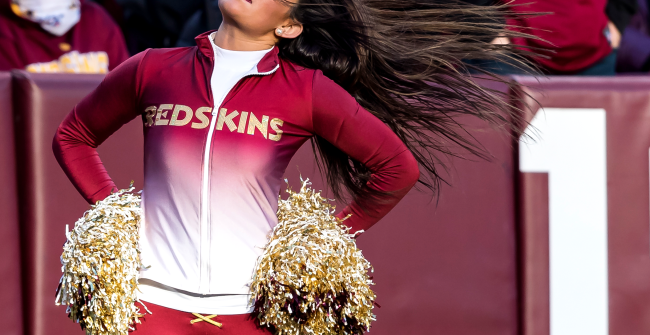 The investigation into alleged misconduct by certain members of the front office for the the Washington Football Team with regard to the team’s cheerleaders has reportedly uncovered some rather damning emails.

For the past several months, a probe has been taking place looking into allegations of verbal abuse and sexual harassment, including a secretly produced explicit video of WFT cheerleaders allegedly created specifically for team owner Daniel Snyder.

In October, it was reported that as many as 32 former Washington Football Team cheerleaders considering filing a lawsuit against the organization over the alleged video.

Washington’s former cheerleading director Donald Wells also claimed that Snyder “once threatened to kill him” if all of the cheerleaders on the team weren’t skinny with large breasts (only Snyder allegedly didn’t put it quite so politely).

Now, with the results of this “independent” investigation expected to be delivered to NFL commissioner Roger Goodell within the next few weeks, email accounts of current and former team employees which have been examined as a part of the probe are expected to reveal some very incriminating information.

According to Front Office Sports…

The emails reveal a toxic work environment and contain troubling exchanges, including nude photos and other inappropriate correspondence, one source told FOS.

One of those troubling exchanges came from vocal Snyder critic Donald Wells, who directed the WFT’s cheerleading squad for 12 years. Wells, one of the first openly gay employees of the WFT, lobbied for Snyder to be held responsible for the claims of workplace harassment that existed at WFT for years, allegations that are the focus of the investigation led by former assistant U.S. attorney Beth Wilkinson.

“They took advantage of (the cheerleaders) and did things to other people in the office, including me,” Wells told FOS. “What went on there was way worse than that (email). My gosh.”

However, Front Office Sports has also discovered another email from September of 2007 which puts Wells himself in a very poor light and reads, “She is a fat cross eyed, crazy chick,” Wells wrote about a cheerleader who quit the team. “… I am sure she will enjoy taking trashy pictures while she eats her big macs :).”

Wells claims to have no memory of sending that email.

A petition on Change.org, instigated by former WFT cheerleader and marketing director Melanie Coburn, calling for the reinstatement of the team’s cheerleaders (the team was shuttered after a legal settlement), for the details sexual misconduct investigation to be made public, and for team owner Daniel Snyder to be held “accountable for the history of serial sexual harassment within his organization” has reached almost 39,000 signatures.