RG3 And Santana Moss Are In The Midst Of A Major Beef: ‘To Openly Lie About Me Is A Betrayal’ 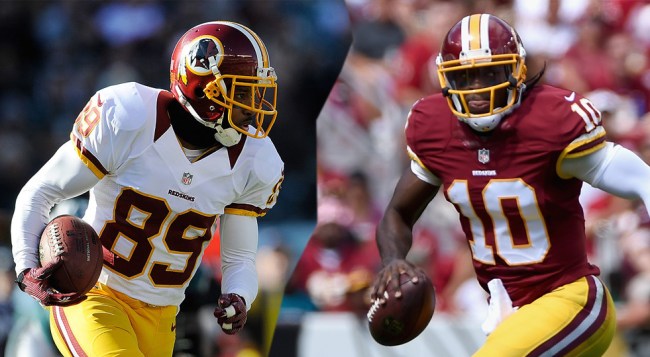 Once upon a time Robert Griffin III and Santana Moss were friends and teammates on the Washington [Redacted]s. In fact, they were a pretty deadly combination when both were healthy and playing their best.

Those days, however, are long gone now as it appears that the two of them, at least from Moss’ side, don’t have much love for one another.

Appearing on 106.7 The Fan in DC on Monday, Moss laid into RG3 for applauding the firings of coaches Mike and Kyle Shanahan and even celebrating the fact that he helped make it happen.

“And he rips RG every chance he gets, like every meeting, and we’re sitting there looking like, ‘Yeah. You know what? You were just so happy that Mike and Kyle and them is gone, but now you’re getting your behind ripped every day, because you’re not playing the kind of football that we need to play for us to be successful.’ So it comes back and bites you in your behind, because now you see this guy is at home. And, to be honest with you, I give it to you raw. I don’t know no other way to give it to you — raw and uncut, I always say that.”

Yikes. Tell us how you really feel, Santana.

Naturally, because 2017, Griffin heard about these comments and issued a response on Twitter…

No subtweeting needed
Santana Moss, I treat you like a brother & have always had your back. To openly lie about me is a betrayal…..

Been lied on a lot over the years

Put in an impossible situation w/ a coach who never wanted me. Made players like Santana Moss a believer through hard work, film study…

Showing up early, leaving late, putting in the extra hours, staying after practice & getting extra work in. We won the division that year.

Some so desperately want me to fit this negative narrative that has been pushed about me. But I don't fit it. Never have. Never will.

Proved it in Cleveland. Voted Captain. Came back to play for my teammates just to help us win 1 game. With a broken shoulder. Stop the lies

Why any of this comes as news to Griffin is a bit of a mystery since back in June of 2016 Moss basically took a dump on him when ranking the top quarterbacks he has played with in his career. Check out this list… 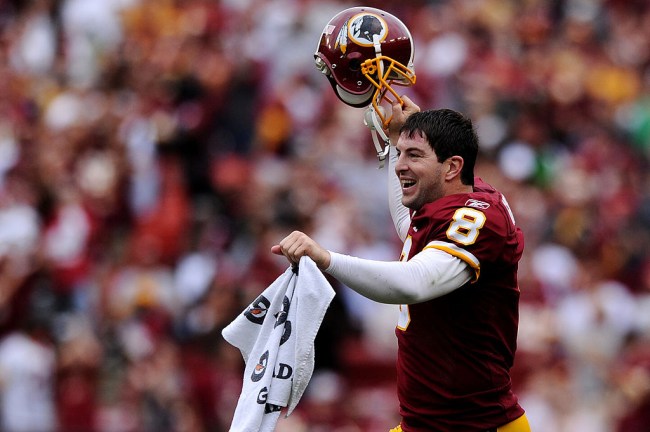 Damn, right Rex Grossman made the list ahead of RG3.

Oh well, there’s always rec league basketball for Griffin if he never makes it back to the NFL…