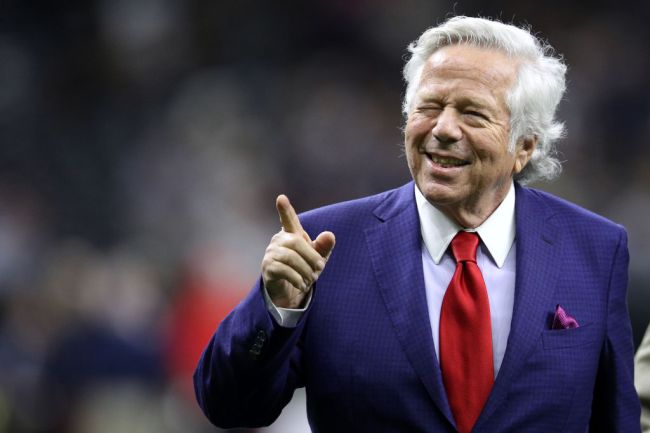 In late-September of 2020 the video allegedly showing New England Patriots owner Robert Kraft paying for sex at a Florida massage parlor was deemed inadmissible after it was ruled that the people behind the sting illegally violated his privacy. Now, a federal judge has taken things one step further ordering the destruction of the video itself.

Every media outlet on the planet attempted to get its hands on the video, but all requests were denied. Even after the fact that the misdemeanor solicitation charge against Kraft was dropped due to the video being inadmissible, as long as the video still exists, there’s a chance, albeit a very low one, for the video to be obtained by someone that could expose Kraft.

This is the exact argument Kraft’s attorney made explaining that Kraft feared the tape of him in the nude could be leaked. Police allege that the video shows Kraft and other men engaging in sex acts with women and paying them.

U.S. District Judge Rodolfo A. Ruiz II clearly heard that argument and ruled that the video be wiped from existence.

In February of 2019, the 79-year-old Kraft and 25 other men were charged with soliciting various sex acts from employees at the Orchids of Asia Day Spa in Jupiter including the afternoon before the Patriots took on the Chiefs in the 2019 AFC Championship.

As the situation became public, officials said the women accused of running the sex trafficking ring operated out of local spas which touted themselves as massage parlors, according to a report from TMZ. The 8-month investigation identified more than 100 men involved.