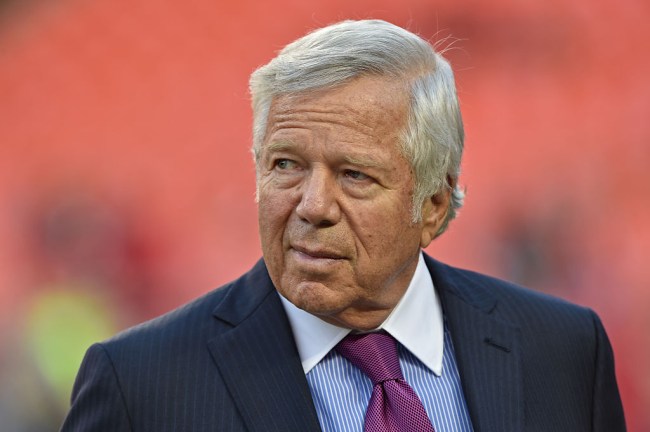 The story is only a few days old but it’s already been one hell of a ride, with some reports suggesting there are even bigger names involved than Kraft and others who have already been implicated in the scandal.

We knew that police had a video of Kraft engaging in some illegal acts but we didn’t know the specifics until today when authorities described the footage and created a mental image in my mind I wish would go away but probably never will.

On Monday, the Palm Beach State Attorney released the affidavits of the 25 men who have been charged—including Kraft’s, which has begun to make its way around the internet.

The letter says Kraft allegedly visited the massage parlor around 11 AM on January 20th, which just so happened to be the same day he made the trek up to Foxborough to watch the Patriots and the Chiefs face off in this year’s AFC Championship.

On Jan 20 the Patriots played the Chiefs in The AFC Championship game. https://t.co/mnAvYrf7zx

If you’re a diehard fan of any team, you know all too well how easy it is to get anxious about a big game so I can imagine team owners get even more stressed out. However, most people figure out ways to cope with that stress that doesn’t involve hitting up a potential sex trafficking operation.

Robert Kraft is apparently not one of them.