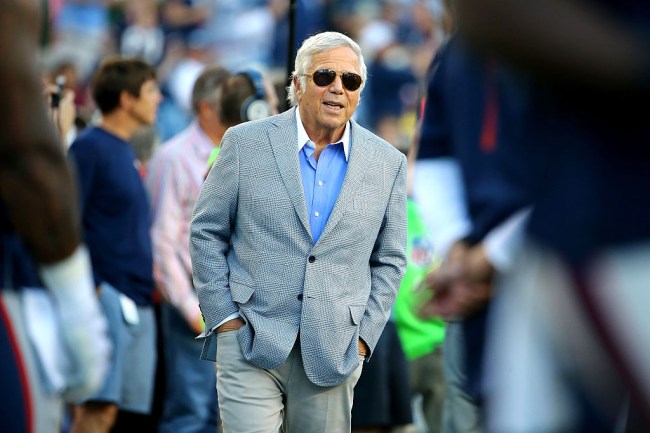 Robert Kraft was one of 25 men who are facing charges related to engaging in illegal sex acts at Orchids of Asia Day Spa in Jupiter, Florida. On Tuesday, Martin County police announced that the charges stemmed from the prostitution sting that involved a trafficking ring linked to illegal sex work. Many of the women were from China and were forced to work as sex workers.

ESPN NFL reporter Adam Schefter said, “We got 25 names, there are 175 more names coming.” Schefter also said that “Robert Kraft is not the biggest name involved.” While that well-known individual has yet to be identified, we found out that other wealthy major executives were busted in the prostitution sting.

RELATED: Details of Human Trafficking In Prostitution ‘Spa’ At The Center Of Robert Kraft Scandal Are Absolutely Horrific

John Childs is a 77-year-old billionaire Wall Street financier. Childs is the founder of Boston private equity firm J.W. Childs Associates, which has invested approximately $3.7 billion in over 50 businesses since 1995. Childs, who has a home in Vero Beach, was charged with soliciting a prostitute by the Vero Beach Police Department.

“I have received no contact by the police department about this charge,” he told Bloomberg News on the phone. “The accusation of solicitation of prostitution is totally false. I have retained a lawyer.”

Buyout pioneer John Childs says: “The accusation of solicitation of prostitution is totally false. I have retained a lawyer.” https://t.co/pjkgvUoaxE pic.twitter.com/yq6SlrFvWQ

John Havens is a 62-year-old Citigroup’s former president and chief operation officer. He serves on the board of Money360, a commercial real estate lender, and is the current chairman of Citigroup hedge-fund spinoff, Napier Park Global Capital. Haven reportedly owns a property in Jupiter, close to the day spa that was the center of the prostitution probe in Palm Beach County.

“I have no idea what you are talking about,” said a man who answered a listed phone number for Havens according to Bloomberg.

Kenneth Wessel is the 75-year-old president of the Boys & Girls Clubs of Indian River County and the John’s Island Foundation. Wessel, who lives in Vero Beach, was arrested Wednesday on a soliciting prostitution charge and released on $1,000 bond. Wessel reportedly engaging in a sex act with a woman at a place called East Spa in Vero Beach on December 2, 2018, according to court documents.

“We will be entering a plea of not guilty in this matter,” Wessel attorney Andrew Metcalf told Fox News Saturday. “I would caution officials and media to allow the justice system to take its course and not forget about the fundamental right to the presumption of innocence which has been ignored up to this point.”

Florida man Kenneth Wessel, 75, of Indian River Shores, was charged with soliciting human trafficking. He was arrested Wednesday and has since been released on $1,000 bail: https://t.co/UHlUeE0P1b pic.twitter.com/g1bcGscSTT

RELATED: Reactions, Including Those Of Several NFL Players, To Robert Kraft’s Prostitution Bust Have Been A++

The New England Patriots owner has gone on record saying that he has done nothing wrong. A spokesperson for Kraft said in a statement “we categorically deny that Mr. Kraft engaged in any illegal activity.” Robert Kraft’s 2019 net worth is believed to be $6.6 billion.

According to a former prosecutor, first-time offenders who are charged with solicitation of prostitution are typically allowed to enroll in a diversion program and serve 100 hours of community service.

RELATED: Of Course You Can Bet On Whether Or Not Robert Kraft Is Going To Jail After Being Nailed For Prostitution