Reactions, Including Those Of Several NFL Players, To Robert Kraft’s Prostitution Bust Have Been A++ 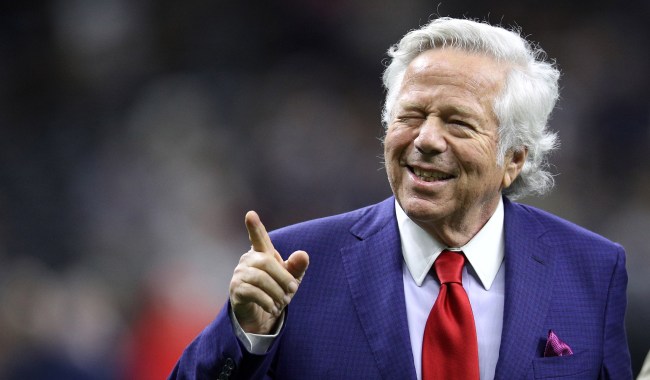 First off, as a human being, let me say that what was allegedly taking place at the Orchids of Asia Day Spa in Jupiter, Florida is disgusting. People who participate in human sex trafficking are despicable and I definitely feel for the victims of these scumbags.

However, as an NFL fan who is tired of Robert Kraft and his New England Patriots winning at everything… well… BEST. DAY. EVER. Sorry. I know it’s not the most appropriate thing to say with regard to this scandal, but man, I really hate the Patriots.

Kraft’s name is on a list of 25 people who will face charges in connection to a crackdown on human trafficking and spa sex acts. He is facing two counts, meaning police have evidence of him inside the spa on two separate occasions, CBS Miami reported.

Police said Kraft was driven to the spa by a chauffeur. “It appears when you go to the spa for a half hour the fee would be $59, for an hour that would be $79,” the lead detective on the case, Andrew Sharp, said at the news conference. He could not say how long Kraft was allegedly there or what he paid.

A spokesperson for the 77-year-old Kraft said, “We categorically deny that Mr. Kraft engaged in any illegal activity. Because it is a judicial matter, we will not be commenting further.”

What else could he say?

Anyway, this being 2019 and with everyone having access to social media, it’s been a banner day for jokes about the Patriots’ owner. Even some NFL players like Keenan Allen and Asante Samuel have gotten in on the fun.

So Mr. kraft out here trying to feel that Wet Wet! #therealmvp

BREAKING: Robert Kraft has also been written out of the final two episodes of Empire.

The Associated Press is going to need to run a correction for this headline. pic.twitter.com/cqCs7KQpy7

Somewhere Kaepernick is like: these owners didn’t want ME in the league?

Telling all my white coworkers to google Robert Kraft just to see their initial reaction.

ESPN about to have a whole hour long episode of Zion’s reaction to the Robert Kraft prostitution scandal.