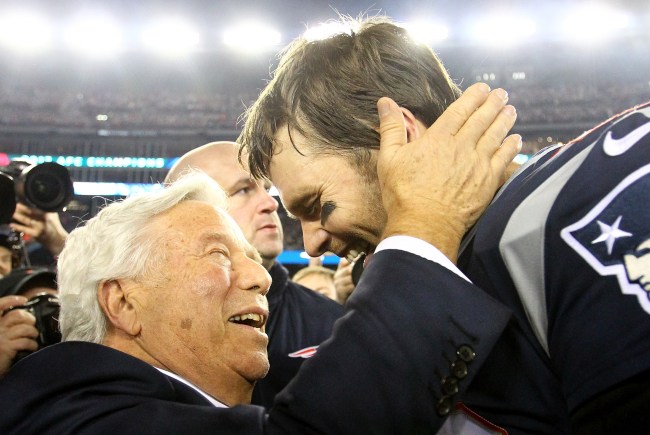 The difference between professional athletes and everyday office schlubs (hand up!) is that pro athletes want to keep working long after they have enough money. If I’m doing everything I can to get back to work when I have $500 million, I probably hate my wife.

No one thirsts for work more than Tom Brady. The 42-year-old has gone on the record of saying it’s “pretty unlikely” he’ll retire, a narrative that fits with his stated desire of playing until he’s 45.

Whether he remains with the only team he’s ever known for two decades, or he starts anew somewhere else at 43, is the question that’s looming on everyone’s mind.

“I’ll explore those opportunities whenever they are. If it’s the Patriots, great. If that doesn’t work, I don’t know. I just don’t know. I love playing football. I still want to play football. I think I still can play at a championship level. I’ve just got to go do it. I’m motivated to get back to work and training.”

Just hours before the Patriots were eliminated by the Titans in a defeat that highlighted their glaring struggles during the second half of the year, Patriots owner Robert Kraft spoke to Peter King of NBC Sports about the undetermined future of the greatest quarterback to ever live.

“I love the young man like he’s part of my family. Blood family. Anyone who’s (accomplished what Brady has) has earned the right to control his future after 20 years,” Kraft said. “And you know, my hope and prayer is number one, he play for the Patriots. Or number two, he retires. He has the freedom to decide what he wants to do and what’s in his own best personal interest.”

Can you imagine seeing Tom Brady in, like, a Bengals uniform? That is some glitch in the Matrix shit.