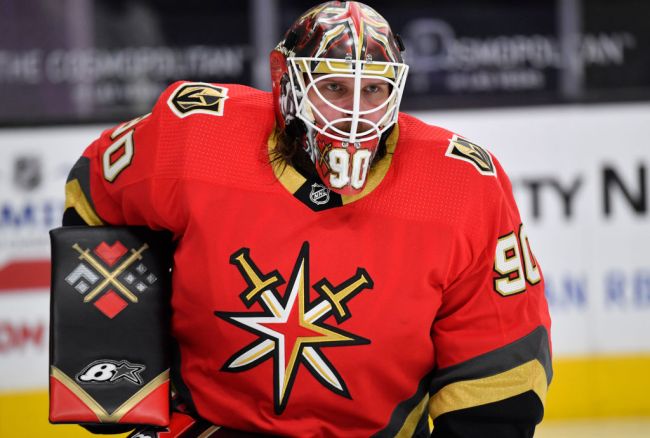 Vegas Golden Knights goalie Robin Lehner was made available to media on Wednesday via Zoom and went in on the Nation Hockey League. After answering a few questions, the 29-year-old decided to deliver an unprompted message on how the NHL is handling its COVID-19 protocols surrounding the vaccine.

In a 10-minute discussion, Lehner said that the league “forced” players to receive the vaccine and made it more appealing by saying that vaccinated players wouldn’t be subjected to the strict quarantine protocols that have been in place since last summer.

“We are vaccinated and we are still trapped in a prison,” he said.

Guidelines were drawn up at the beginning of the 2020-21 season and amended throughout the year. Most recently, in a memo that was sent out in February and obtained by the New York Post, players in their home market were advised to “remain at home and not leave except to practice or games or perform essential activities.”

Lehner has been very outspoken about his mental health in recent years and cited his bipolar diagnosis for why the February memo and entire situation is frustrating, saying “one of the things they tell you not to do is isolation.”

“At some point we’ve got to start looking at the mental health of people around us, not just the NHL, but everyone in society and see how can we start getting back to normalcy because the problem is going to be huge,” he said. “But lying to us about things changing to kind of forcing us to take the vaccine. Unacceptable. And now that we’ve taken the vaccine to have the excuse of saying, ‘Nah, we’re not changing because of competitive advantage.’ It’s outrageous.”

The NHL was quick to respond to Lehner’s comments and told ESPN that promises to loosen restrictions were not made to players.

“It’s been a matter that’s been raised and discussed as between us and the NHLPA, but no decision to modify has ever been made nor communicated to anyone,” NHL Deputy Commissioner Bill Daly said.

To put competitive edge before well being of people lives is wrong. As I said people are struggling with many different things mentally and we need to consider that as well. Then being lied to makes it worse. I love hockey and the league has done a lot of good things.

I hope we can all work together to help people that suffers trough mental help from this going forward. I’ve heard how a lot of people are doing trough this as people talk to me about it.

Lehner’s comments are extremely eye-opening, especially unprompted. He feels passionately enough to speak out and says that he is doing so on behalf of some of the players who may not feel comfortable doing so. It will be interesting to see if anyone else joins him in vocalizing their beliefs toward the NHL and its COVID-19 protocols.