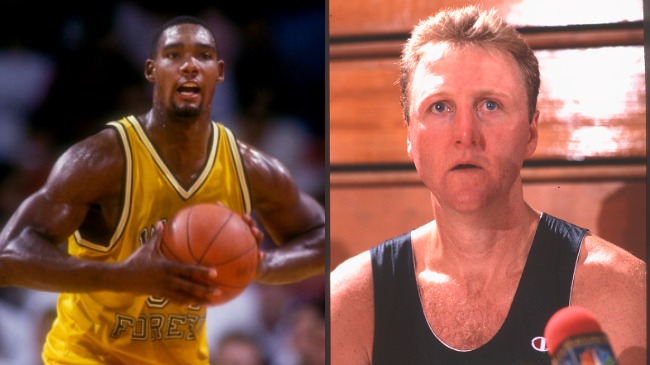 Few would argue against Rodney Rogers is first-team All-NBA Most Physically Imposing, his face is chiseled next to the likes of Shaquille O’Neal, Zion Williamson, and Kevin Huerter.

Here is photo evidence from a time when Rodney wasn’t even old enough to enjoy a Heineken, a time when most of us were just getting our braces off. 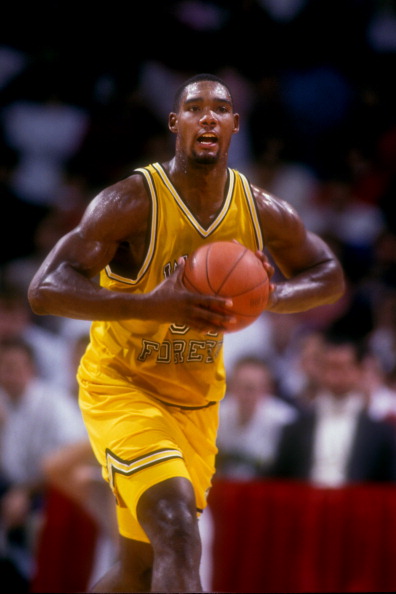 In 1992, Rogers was just awarded national Rookie of the Year after his dominant freshman season at Wake Forest and would level-up the following season by securing the ACC Player of the Year.

He was feeling himself. Rightfully.

But eventually we all need to choke down some humble pie, and for Mr. Rogers, that time came in the summer of ’92, served cold by Larry Bird.

Jamal Mashburn appeared on the latest episode of The Players’ Tribune’s Knuckleheads podcast and recalled the incident from nearly three decades ago. At the time, Mashburn and Rogers were two of the eight college stars invited to train against the Dream Team in La Jolla, San Diego.

Hear @jamalmashburn tell the story of facing the Dream Team in college.

In partnership with @wingstop. pic.twitter.com/4tOV4Vjdd1

Mashburn addresses the infamous scrimmage in which his group of college stars beat up on the Dream Team and USA Basketball pulling the plug of the scoreboard before the media entered.

“We lit their ass up. We get back to the hotel, and it’s a group of them, Larry Bird, Magic Johnson, and everybody’s shooting the shit. And Rodney Rogers said, ‘Hey Larry, you ain’t hit a jumper since ’84.’

Magic heard that shit. And the next day we came in and this is when I was like, ‘This is a different breed.’ Magic Johnson fed Larry Bird the ball probably about 8 times in a row down court. Larry Bird got the ball on Rodney Rogers and every time he was about to make a move, he told him what he was going to do.

‘One dribble, pull up, off glass.’ Bucket.

He scored 8-9 times in a row and left the court to go lay down because he couldn’t sit on the bench because of his back.

Imagine being able to humble a guy who can do this.