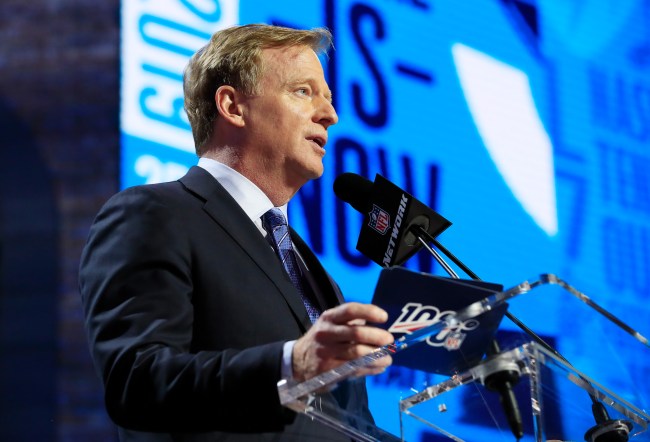 One of the great traditions of the NFL draft every year is watching Roger Goodell get booed into oblivion by fans. Unfortunately due to the health crisis in the country, we won’t be able to see large crowds crush Goodell like we did in the previous years.

Roger Goodell eggs on the Philly crowd to boo him pic.twitter.com/M1oAvWcoyX

Those were some loud boos for Goodell LOL pic.twitter.com/2kkq3fwGTY

The NFL Draft will be without an important tradition. And we just can't let that stand. Record your boos then post & tag @budlight and #BooTheCommish. We’ll deliver the boos to the Draft, and for each #BootheCommish thru April 25, we’ll donate $1 to NFL Draft-a-Thon up to $500K. pic.twitter.com/fnvcYDpZPW