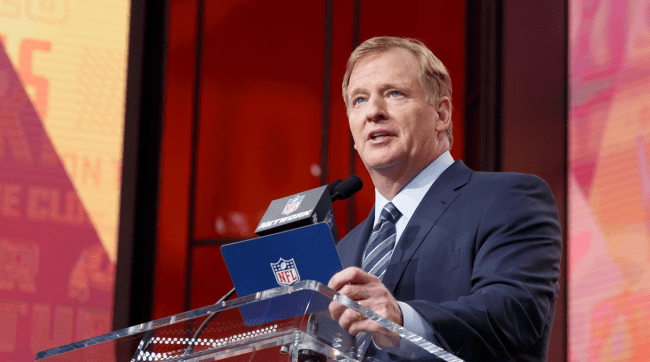 Rep. Carolyn B. Maloney, chair of the House Oversight Committee on Oversight and Reform, and Rep. Raja Krishnamoorthi of the Subcommittee on Economic and Consumer Policy announced on Wednesday that they have sent letters to both Goodell and Snyder to appear before Congress.

Snyder and others in the Commanders organization are under investigation over allegations of workplace harassment and financial irregularities. Congress also wants to know the level of the NFL’s involvement in dealing with the allegations.

“Since we launched our investigation in October, the Committee’s goal has been to uncover the truth about the culture of harassment and abuse at the Washington Commanders, to hold accountable those responsible, and to better protect workers across the country,” Maloney said in a statement. “The Committee has worked tirelessly to obtain critical information, including the findings of the internal investigation conducted by attorney Beth Wilkinson, only to be met with obstruction from the Commanders and the NFL at every turn. We must have transparency and accountability, which is why we are calling on Mr. Goodell and Mr. Snyder to answer the questions they have dodged for the last seven months. The hearing will explore how Congress can act to prevent employers from silencing victims of workplace misconduct and ensure that what happened at the Commanders organization does not happen again.”

“For seven months, the Committee has been stonewalled by NDAs and other tools to evade accountability,” said Krishnamoorthi. “Mr. Snyder and Mr. Goodell need to appear before the Committee to address these issues and answer our questions about the pervasive workplace misconduct at the Washington Commanders, and how the NFL addressed these issues.”

Lisa Banks and Debra Katz, attorneys for more than 40 former Commanders employees, added in a statement, “We are pleased the House Oversight Committee has invited Dan Snyder and Roger Goodell to testify in front of the committee. We hope they will demonstrate the same courage as our clients and agree to testify. Dan Snyder and Roger Goodell have a lot to answer for.”

In a response to the request from Congress, the NFL replied, “We received the Committee’s invitation this morning and will respond directly in a timely manner. The NFL has cooperated extensively throughout the Committee’s lengthy investigation of the Washington Commanders, including producing more than 460,000 pages of documents and responding to numerous questions in writing and in conversations with the Committee’s staff.”

Many NFL fans, tired of what appears to be continuous obfuscation by the NFL in this case, expressed strong reactions on social media to the NFL’s response.

Lol, “We’ve cooperated so much! What more do you expect?” How about maybe tell the truth for once, Rog? @nflcommish

Will it be televised? And how can I watch?