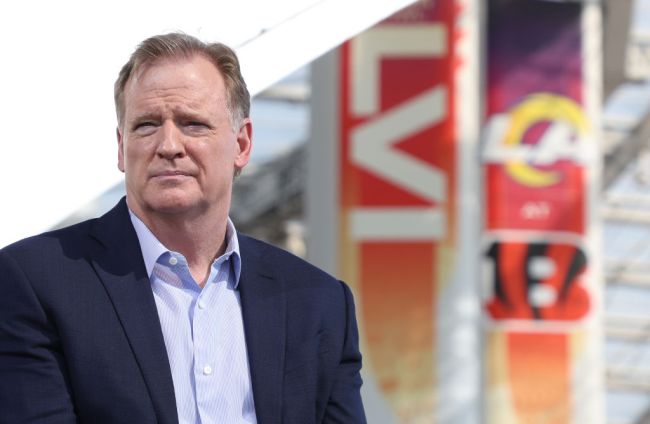 Yesterday, the football world received a shocking report that what we’ve been told about Deflategate and the New England Patriots for the last 7 years wasn’t the truth. The report stated that the NFL’s executive V.P. of football operations was responsible for the false report that 11 of 12 Patriots football in that game were deflated.

The report also stated that the league expunged its air pressure measurements for the 2015 due to advice from their legal counsel. It all painted a very different picture of the New England Patriots than what we were led to believe over the course of the league’s investigation.

That investigation led to a suspension of Tom Brady and a renewed sense among fans that the Patriots were cheaters. According to the new reports, the balls the Patriots used in that game were well within the correct air pressure range given the weather.

Now NFL Commissioner Roger Goodell has responded to this new report about Deflategate and the Patriots.

Roger Goodell on @ProFootballTalk report of NFL expunging post-Deflategate PSI data: "I don't know what happened to the data … we don't look back at that. We just make sure there are no violations."

I guess Goodell wants us to believe that NFL needs to invest in a bunch of external hard drives. Why else would you take measurements to ensure protocols are being followed and then delete a full season worth of that data after it was part of such an important investigation into the Patriots?

This “I don’t know what happened to the data” stance is also a bit odd when you consider that Brady’s suspension was based on the destruction of his cell phone. That sounds pretty similar to what the NFL did here.

This whole thing is a terrible look for the NFL and completely changes the way fans should view one of the biggest scandals of the last couple of decades and the Patriots’ dynasty.