Commanders Head Coach Ron Rivera Hits Out At Jack Del Rio For Creating A ‘Distraction’ With His Jan. 6 Comments 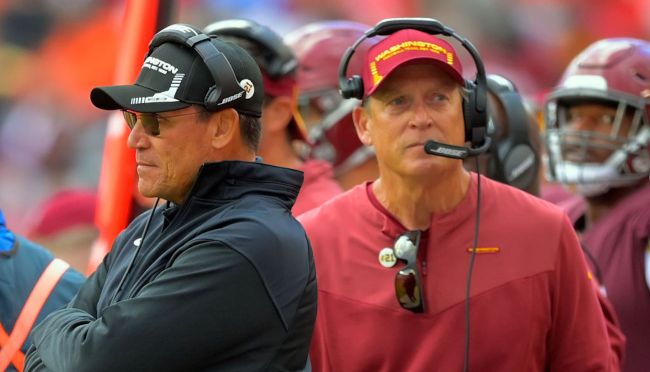 Speaking at a press conference earlier this week, Washington Commanders head coach Ron Rivera opened with some thoughts about defensive coordinator Jack Del Rio, who was fined $100,000 for his comments about the January 6 insurrection.

Del Rio, who referred to the incident as a “dust up”, created a “distraction” that has “impacted” the team, according to Rivera, one of the league’s most widely-respected head coaches.

“This is about the impact on the team and the distraction it’s become,” Rivera said, as reported by The Athletic’s Ben Standig.

Del Rio spoke to the team this morning and held side conversations with individual players, per Rivera. Says he won't get into what he and Del Rio discussed and is declining to answer any Del Rio questions.

If there’s one franchise in the NFL that could do without controversy this early in the NFL calendar — except the Deshaun Watson-led Cleveland Browns, of course — it’s the Washington Commanders, who are beginning their first season with their new moniker and are also in the midst of a Congressional investigation.

To make matters even more tenuous for Commanders fans, the franchise is set to begin the season with Carson Wentz as their starting quarterback, as they traded for the embattled signal-caller earlier this year, who spent just one year with the Colts after being shipped out of Philadelphia.

In order to acquire Wentz’s services, the Commanders swapped second-round picks with the Indianapolis Colts in the 2022 NFL Draft and also gave them a 2022 third-round pick and a conditional third-rounder in next year’s draft.

RELATED: The Washington Commanders’ Proposed New Stadium Would Reportedly Be The NFL’s Smallest