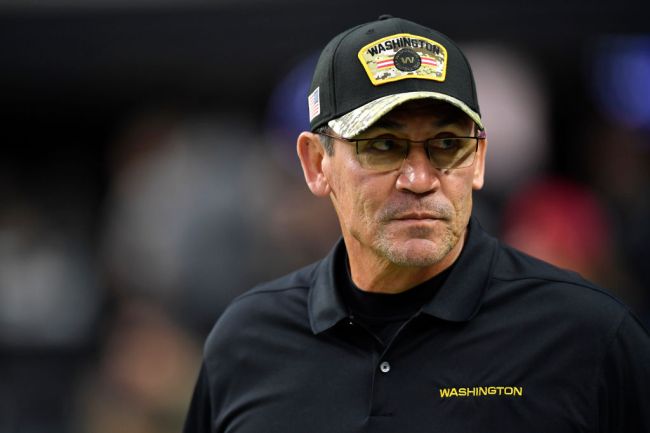 As team after team around the NFL has been linked with major moves to land themselves a star quarterback, we’ve heard relatively little about the Washington Commanders trying to make a deal. In fact, we don’t even know for sure that the Commanders won’t just stick with Taylor Heinicke for next season.

That changed today. While talking to Ben Standig of The Athletic, Rivera revealed that he believes the Commanders have a lot to offer a franchise quarterback.

“We’d like to believe we would be a viable option for a lot of [quarterbacks]. We understand what the capital will take to bring a type [of] player like that here. We believe we have a lot to offer.”

That sounds to me like Ron Rivera wants his team to pursue a star quarterback this offseason. It’s easy to see why.

The Commanders have rotated through below-average quarterbacks since Kirk Cousins left at the end of the 2017 season. Taylor Heinicke put in an admirable effort in last year’s postseason and throughout this season, but it’s difficult to picture him leading a real contender.

Meanwhile, the rest of the Commanders roster boasts a ton of potential. They have plenty of talent in their pass rush and were expected to be one of the better defenses in football this season. They also have strong weapons on offense with Terry McLaurin and Antonio Gibson.

If Curtis Samuel, Logan Thomas, and Dyami Brown can all get healthy, their offense could be dangerous next season with the right quarterback.

The Commanders also happen to have all of their early round draft picks for the next few years and the 11th pick in this year’s draft, which could help them facilitate a deal.

The Broncos and Steelers have been the popular teams in trade rumors this offseason, but keep an eye on the Washington Commanders. They just might be the team to land a star quarterback this summer.