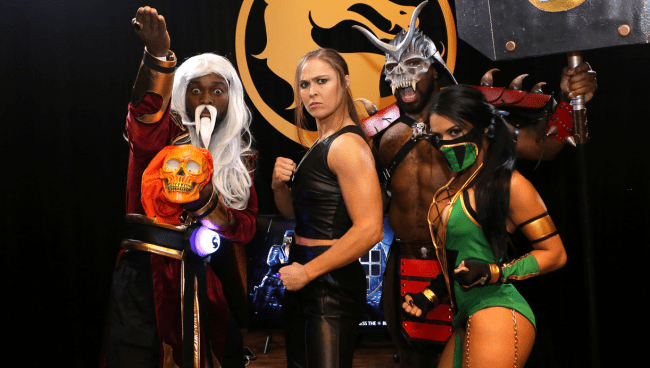 Back in December of 2012, Ronda Rousey trashed her experience in the Olympics competing in judo for the United States and praised the UFC and MMA.

“The UFC and MMA stuff is so much more pure compared to all that to me,” Rousey said at the time. “No one is going to change the rules of MMA because they prefer European style over Japanese style. It’s never going to be like that. It will be as close to a real fight as possible and whoever wins, wins.

“I like that there’s a lot of money involved, that there isn’t going to be people who are selling out for nothing. You can’t predict people like that. There are people [in judo] called sellouts, and stabbing you on the back so they can get on some committee that pays you nothing.”

In April of 2020, Rousey put professional wrestling fans on blast after she stepped away from the WWE for a break.

“What am I doing it for if I’m not being able to spend my time and energy on my family, but instead spending my time and my energy on a bunch of f–king ungrateful fans that don’t even appreciate me?” Rousey said on the Wild Ride podcast with Steve-O. “The thing is, I love performing. I love the girls. I love being out there.”

She added, “At the end of the day, I was just like, ‘f–k these fans, dude.’ My family loves me. They appreciate me. I want all of my energy to go into them.”

Now, in September of 2022, Rousey is reversing course and putting the UFC and its fans on blast and praising those same WWE fans she ripped less than two years ago.

“A lot of UFC fans are kind of like bandwagon fans in that way. The second you’re not on top, you’re dead to them. Where WWE fans are like, ‘this is the guy that did this 20 years ago’ and are still really excited whereas UFC fans now are like, ‘Forrest Griffin sucks.’ Uhh, you owe basically the whole sport to him. Sh-t like that. ‘Anderson Silva sucks. GSP sucks.’

“These are people that elevated the sport and paved the way for everybody else. I don’t see UFC fans having the same respect for people that got the sport to where it is as WWE fans. I’m not saying it’s completely absent, I’m just saying I see more respect for legends in WWE fans than UFC fans. There are exceptions to everything.”

Awesome. Now do the actual companies, UFC vs. WWE, next, Ronda. Because that’d be one hell of a race to the bottom.