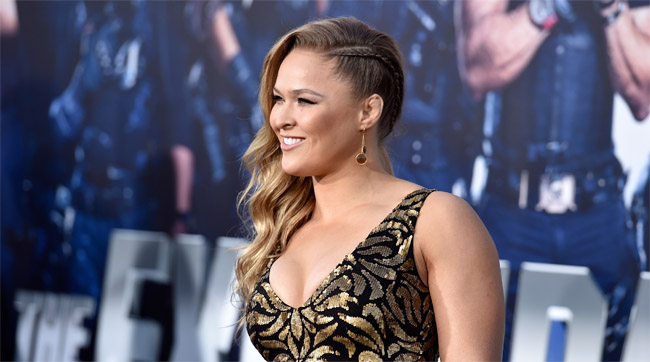 It has long been speculated that at some point in her career Ronda Rousey would go to work for the WWE in some form or capacity. That fact was hammered home when she made an appearance in the ring with The Rock and forced Stephanie McMahon and Triple H out of the ring at WrestleMania 31.

Ever since then rumors have been swirling about if and when Rousey would finally pull the trigger and join the world’s top professional wrestling organization.

Now, with UFC President Dana White saying that he believes we’ll never see Rousey inside the octagon again, added to some reasonable speculation that Rousey will be making a surprise appearance at SummerSlam on August 20th, the time could be right. Lesnar leaves, Rousey appears. Perfect.

It really does make sense. Rousey loves professional wrestling AND it would combine the two things she’s been doing for a living for the past several years: fighting (without actually, you know, getting punched in the face) and acting.

Facts that have Hall of Fame announcer Jim Ross, who is currently back working for the WWE, saying that Rousey entering the world of professional wrestling is “inevitable” when he spoke to TMZ on Thursday.

It’s just a matter of time before Ronda Rousey officially signs with Vince McMahon — so says WWE legend, Jim Ross, who says it’s a “match made in heaven.”

“Oh, she’s gonna be a big star,” the WWE Hall of Famer told us at LAX … “It’s inevitable. I see her in a WrestleMania someday.”

“It’s too great an opportunity for her to pass up and WWE to pass up … it’s a match made in heaven.”

It really is. Now the only question is, does Jim Ross already know something that the rest of us don’t?