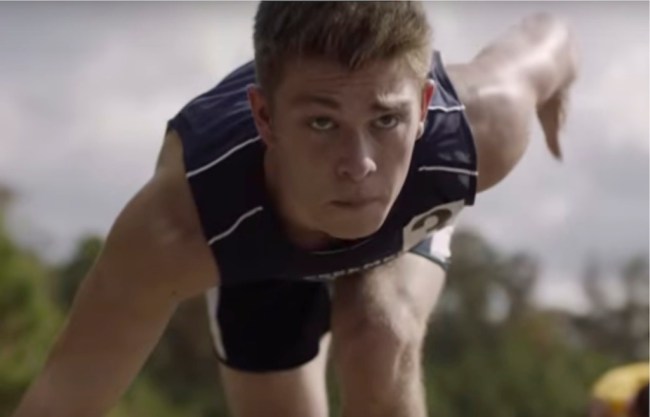 Although former Florida Gator national title winning quarterback Tim Tebow flamed out in the NFL, he’s forever a legend in college football. From numerous appearances at events and speaking engagements to landing a gig with ESPN as an analyst, Tebow’s clearly a Jack-of-all-trades with more talents than most of us can tout. I’m not saying I’m jealous, but, well, OK, maybe I’m a little envious.

Whether it’s his accomplishments in football or otherwise, another title Tim Tebow can add to his resume is executive producer, as his brother, Robbie Tebow, and him worked on a movie called Run the Race. The first trailer for the football flick was released today, and it looks like it’s pretty intense, just take a look below.

Run the Race is about two brothers who hope to get out of their hometown and, like Tim Tebow, play for the Florida Gators football team on day. The trailer shows the kid making such a proclamation going down in a bogus fight with a knee injury, then battling his way back to try and live up to the promise of leaving the place he grew up.

The movie, which hits theaters February 22 of next year, looks a little cheesy for me, but, hey, maybe at 34 years old, I’ve outgrown the whole Varsity Blues-like football movies? Or maybe my envy for Tim Tebow just looms over my decision of not really being interested in this movie of his. Either way, Run the Race might be something worth checking out for you and some buddies once it’s released in a few months.

I will say this, it’s pretty cool that Tim Tebow can do almost anything he wants to because he is a football god at Florida, so, whether this movie bombs or gets some acclaim, kudos to the dude for making the most of his popularity. That said, I still hate the guy for waxing my Buckeyes in the 2006 National Ghampionship Game.