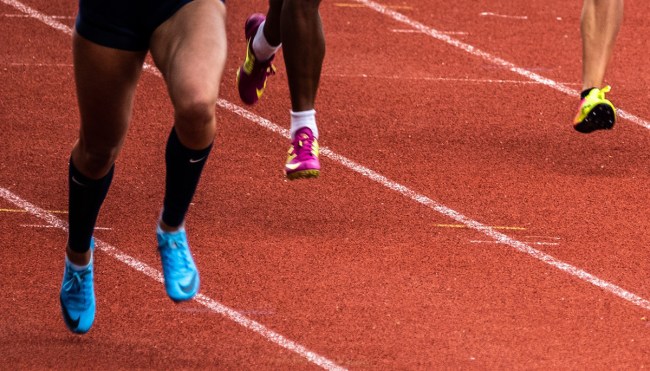 It’s not exactly rare to see tempers flare at sporting events, whether we’re talking about professional athletes playing a game of “Hold Me Back” after getting into it with each other, coaches who risk bursting a vein while yelling at officials, or the delusional parents who scream at teenaged umpires working for a cheeseburger and a Gatorade at a Little League game.

I feel like anyone who’s played a sport at some point has felt the urge to pull a Juwan Howard after getting caught up in the heat of the movement. However, unless that sport in question is NHL hockey, you’re never really going to do yourself any favors by resorting to violence.

Unfortunately, one participant at a high school track meet that took place in Florida last weekend was unable to stop himself from doing exactly that in one of the wildest videos I’ve come across in a while.

According to Running Magazine, the unnamed athlete wandered onto the track at the Tohopekaliga Tiger Invitational in Kissimmee while his fellow competitors were competing in the mile. He was apparently shoved out of the way by one of the runners and appeared to take exception to that move, as a spectator captured him chasing after the guy who shoved him on the following lap before sucker punching him in the head.

The outlet reports the race continued and that the runner who collapsed to the track after being punched was actually able to complete the remainder of the distance. The police were also called, and while it doesn’t appear any charges have been filed as of this running, I have a feeling the assailant has a lengthy suspension coming his way.