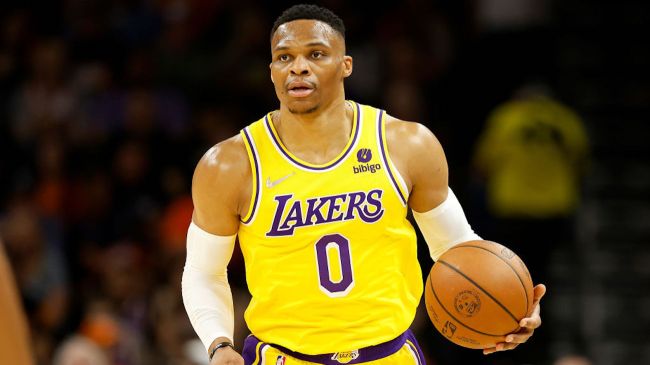 With Frank Vogel now officially out as head coach of the Los Angeles Lakers, point guard Russell Westbrook has opened up about his first season playing under the NBA title-winning coach.

During his exit interview with the media on Monday, Westbrook seemed to place some blame on Vogel for his struggles this season, saying that his “ability… wasn’t given a fair chance.”

“When I first got here, the ability to be able to do what I’m able to do for a team and an organization wasn’t given a fair chance,” Westbrook told reporters during his exit interview.

“I think it’s unfortunate, to be honest, because I’ve never had an issue with any of my coaches before. I’m not sure what his issue was with me or I’m not sure why, but I can’t really give you an answer to why we really never connected.”

Given the massive size of his contract — Westbrook is owed $47 million next season — it’s hard to imagine him playing anywhere else except Los Angeles next season. With LeBron set to turn 38-years-old during the course of next season, the clock is running out for him to add a fifth ring to his legacy.