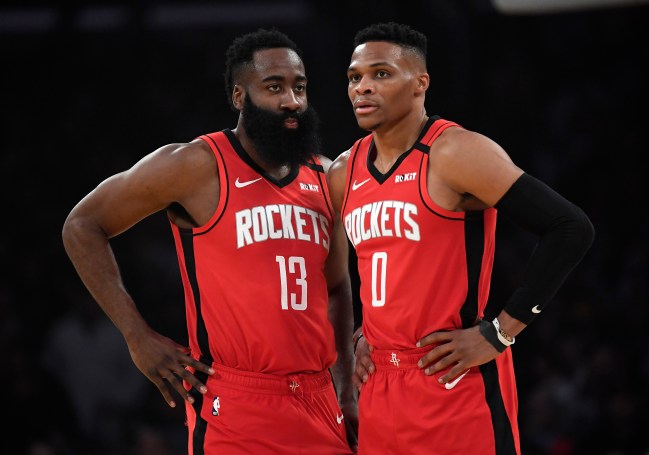 It’s safe to say that Russell Westbrook hated his time in Houston because he couldn’t stand the way James Harden conducted business.

Before getting traded to the Wizards, Westbrook was said to be frustrated with the team’s lack of accountability, especially from Harden.

According to Kendrick Perkins, who played alongside both players in Oklahoma City, Westbrook was dismayed by the fact that Harden would constantly fly to Cabo in the middle of the season to party on Rockets owner Tilman Fertitta’s private plane.

"[If they had some days off], James was on a private [jet] to Cabo! On Tilman Fertitta's private [jet] at that! Russ is like… 'I ain't with all the partying.'"

We’ll see how Harden’s new Nets teammates deal with his partying these next few seasons.