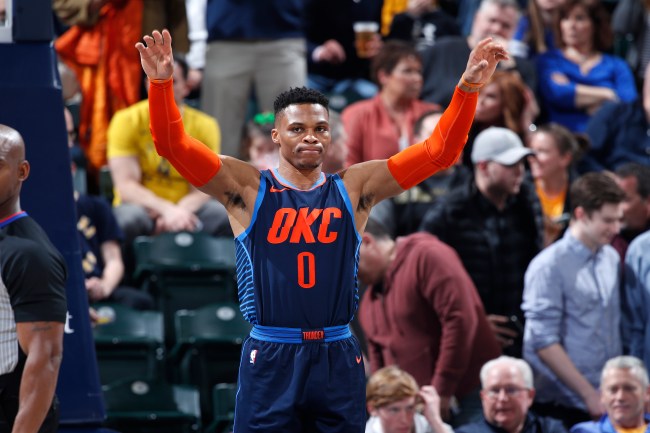 During his game vs the Lakers, Russ joined Wilt Chamblerlain to become the second player in NBA history to record a 20/20/20 game.

Westbrook is now done for the night: 20 points, 20 rebounds and 21 assists, the first player to post a 20-20-20 game since Wilt Chamberlain.

The first double triple-double game in NBA history since Wilt Chamberlain in 1968.

After Westbrook grabbed his final rebound of the game he went on to dedicate the game to his close friend Nipsey Hussle, who was gunned down over the weekend.

Russell Westbrook yells "That's For Nipsey" after becoming second player in NBA History to have a 20/20/20 game pic.twitter.com/YpDoutdEWw

Westbrook went on to talk about what Nipsey meant to him and how he’s going to follow in the late rappers footsteps in spreading positivity through community outreach programs.

Russ dedicates his 20-20-20 performance to the late Nipsey Hussle. pic.twitter.com/KbkvwD3z0M