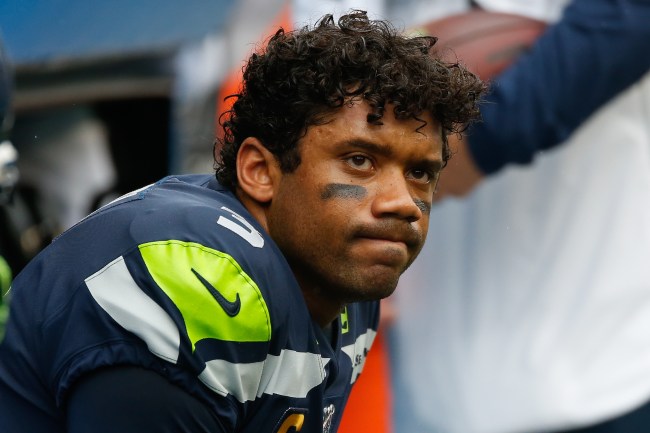 Russell Wilson is one of the NFL’s best quarterbacks. The Seattle Seahawks signal-caller has been to two Super Bowls, winning one. He’s made a bunch of Pro Bowls. He’s the ultimate competitor who never gives up. All these things prove why Wilson is respected by his peers and analysts alike — and he’s still going strong after signing a massive contract extension this past summer.

Given the success that Russell Wilson has had during his NFL career, it’s obvious that he’s had some memorable moments and games. Off the top of my head, the NFC Championship Game in 2015 seems to be at the top of that list, as he helped guide his team to an overtime victory over the Packers after being down 16-0 at halftime, ultimately winning the contest and reaching a second-straight Super Bowl with some wild plays — which included the recovery of an onside kick and then a deep, 35-yard touchdown strike to win the game in overtime.

While that might be the game I most remember as one of his best, in Wilson’s words, there was a contest against the Pittsburgh Steelers in that 2015 season that is one of Russ’ favorites — and it all happened while he had massive diarrhea.

During one of his recent podcasts, aptly-titled “DangerTalk”, the quarterback went into detail about the game, describing to teammates Will Dissly and DK Metcalf how he was able to overcome the poo and lead his team to victory. Take a look at the video below to hear Wilson’s (nasty) description of the memory.

Oh my god, Russ talking about the incredible 2015 game at home vs PIT – "I was dog sick. I was throwing up and I was literally, uh how would I say this, crappin' down my leg. Uh it wasn't a good sight. Literally I was sick as a dog. One of my favorite games" 😳😂 pic.twitter.com/xtZoKYO20V

Yikes, that’s pretty disgusting. But, hey, nothing’s going to hold back Russell Wilson from getting a win — even if it’s leaking out of his derriere. See, told you he was the ultimate competitor.

After looking at the box score of the game Wilson references above, it’s pretty insane to think about the stats he put up fighting the diarrhea. Seahawks beat the Steelers on the road 39-30, and Russ put up 345 yards passing, throwing 5 touchdowns. Now that’s the real explosive part of the story.