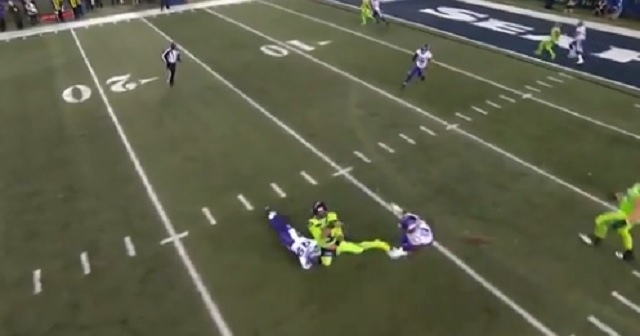 Before halftime of tonight’s Seahawks-Vikings Monday Night Football game, Seahawks QB Russell Wilson committed the biggest bonehead play of the year when he threw an awful interception in the redzone while attempting to throw the ball away.

Of course Wilson got crushed by the Internet over his dumb play.

Russell Wilson is cursed at the 1-yard line pic.twitter.com/hC31m7NtRF

When was the last time Russell Wilson throw a pic like that?? #Mondaynightfootball pic.twitter.com/cjVNbH8tjl

That's not a mistake. Russell Wilson just wanted to teach Patrick Mahomes he can't keep getting away with no-look passes.

Probably the second-worst play of Russell Wilson’s career right there.