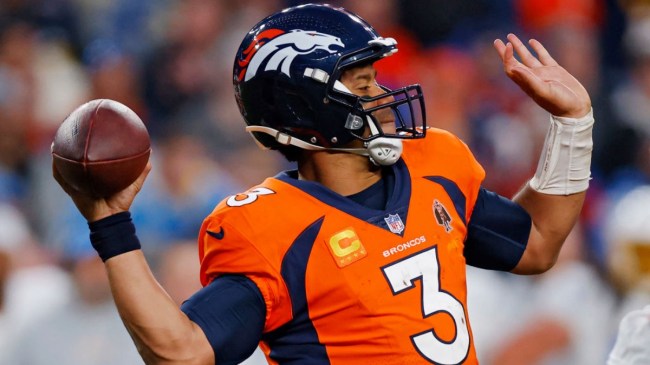 There is no head coaching hire that went worse in the NFL this season than the Denver Broncos’ hire of Nathaniel Hackett.

To address that, they hired Hackett after his years of success as an offensive coordinator and made a blockbuster trade for Russell Wilson.

The team ended up getting worse.

This season they went 5-12 and Hackett was fired after 15 games.

The struggles were entirely because of a shockingly bad offense.

No team in football scored less points than the Denver Broncos this season despite their investment in Wilson.

As they head into another head coaching search, they find themselves looking for somebody who can change that.

This week, it was reported that the team had narrowed their list of candidates to 3 coaches. Those coaches are Jim Harbaugh, Dan Quinn, and Sean Payton.

"Can Sean fix Russ? I believe the answer is yes."

They believe in Denver Sean can fix it. Sean, I know, can fix it. And Russell Wilson has contacted Sean – legally, by the way – he wants Sean Payton. He needs fixing

If the goal is to fix Russell Wilson and the offense, Dan Quinn probably isn’t the answer given his history as a defensive coach.

However, Harbaugh and Payton could both be capable of getting the offense right.

Harbaugh was an NFL QB and worked as a QB coach before becoming a head coach and has had success as a head coach at every stop throughout his career.

Meanwhile, Payton led one of the NFL’s best offenses throughout his time with there Saints.

Whoever ends up as the head coach for the Denver Broncos will have to hope that coaching was actually the team’s biggest problem and that Wilson actually is fixable.