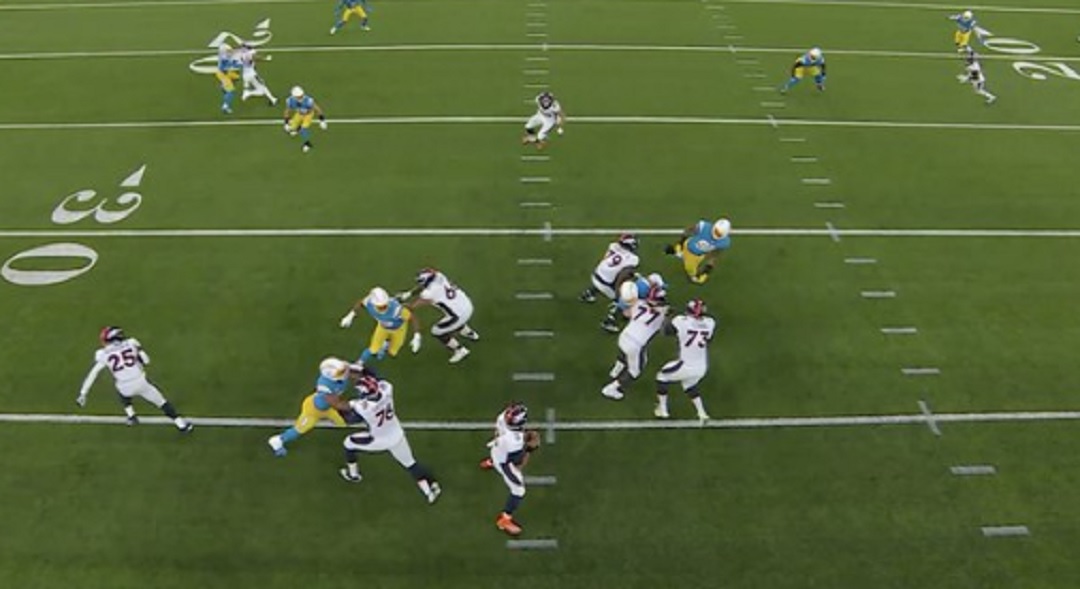 On Monday night, Russell Wilson missed a wide-open Greg Dulcich in the middle of the field on a 3rd-and-2 and instead ended up taking a sack on the play.

Troy Aikman highlighted the play on the broadcast and questioned Wilson’s ability to read the defense.

“Can’t get more open than that…I’m not sure at times how disciplined Russell Wilson has been with his eyes on knowing exactly what the looks are in coverage, and where to go with the football”

Russell Wilson chooses to not throw the wide-open short pass on 3rd-and-2 and instead takes a sack.

"Now this is on Russell Wilson… can't get more open than that."- Troy Aikman pic.twitter.com/c1EsgqIL37

Two weeks ago, Wilson also missed a wide-open K.J. Hamler on a crucial play late in the Broncos’ games against the Colts.

How did Russ not see him?! 🤯 pic.twitter.com/A9yQuKYmkx

Russell Wilson is blind. No wonder he can’t run this offense. He can’t see wide open receivers in the middle of the field that she have been an easy pitch and catch to move the chains.

@Broncos Russell Wilson can't see wide open receivers in the middle of the field. This is getting ridiculous. Sit him and let's see if Rypien has better vision!

Maybe Russell Wilson needs some glasses because it appears that he’s trouble seeing down the field this season.