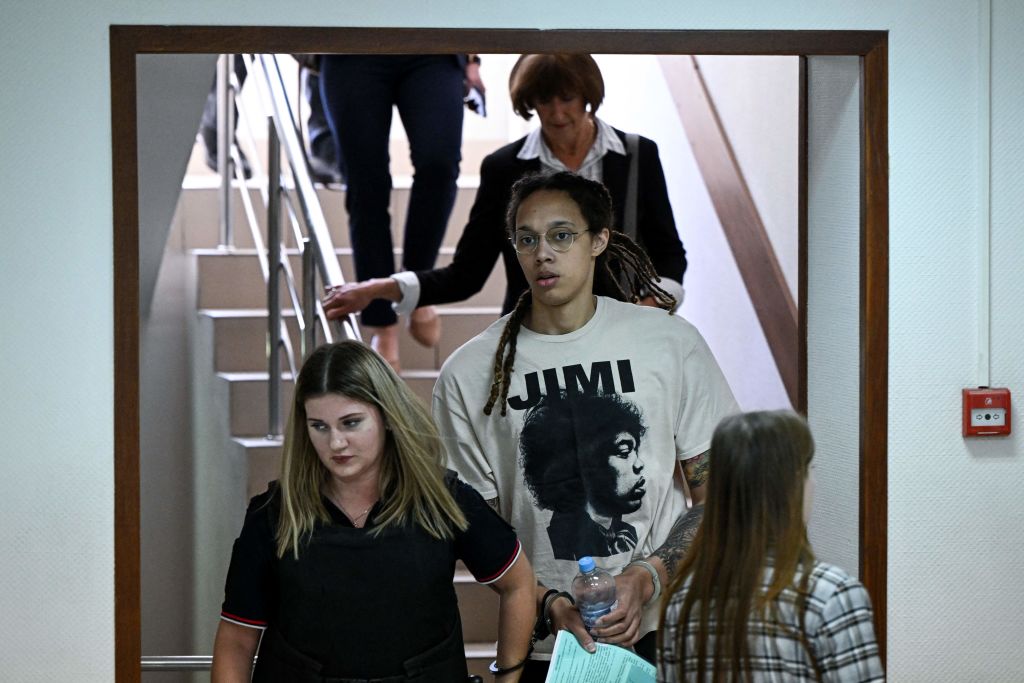 Earlier this week, it was revealed that the Biden administration offered to trade Griner and Paul Whelan, who has been held by Russia for alleged espionage since 2018, for the infamous “merchant of death” arms dealer Viktor Bout.

On Friday, CNN reports that Russia wants former Russian spy Vadim Krasikov included in the Griner/Whelan trade deal. Krasikov is currently in jail in Germany after being convicted of murder.

Russian government officials requested that a former colonel from the country’s domestic spy agency who was convicted of murder in Germany last year be included in the US’ proposed swap of a notorious arms dealer Viktor Bout for Brittney Griner and Paul Whelan, multiple sources familiar with the discussions told CNN.

The Russians communicated the request to the US earlier this month through an informal backchannel used by the spy agency, known as the FSB, that they wanted Vadim Krasikov released, the sources said. Krasikov was convicted in December of murdering a former Chechen fighter, Zelimkhan “Tornike” Khangoshvili, in Berlin’s Kleiner Tiergarten in 2019 and sentenced to life in prison.

The United State will probably not be able to include Krasikov in a trade deal due to the fact that he’s in German custody.

The request was seen as problematic for several reasons, the sources told CNN, among them that Krasikov remains in German custody. As such, and because the request was not communicated formally but rather through the FSB backchannel, the US government did not view it as a legitimate counter to the US’ offer which was first revealed by CNN on Wednesday.

But underscoring how determined the Biden administration has been to get Griner and Whelan back to the US, US officials did make quiet inquiries to the Germans about whether they might be willing to include Krasikov in the trade, a senior German government source told CNN. A US official characterized the outreach as a status check on Krasikov.

The conversations were never elevated to the top levels of the German government and including Krasikov in a potential trade has not been seriously considered, the German source said. But the previously unreported discussions reveal that Russian officials have at least somewhat engaged with the US’ proposal.