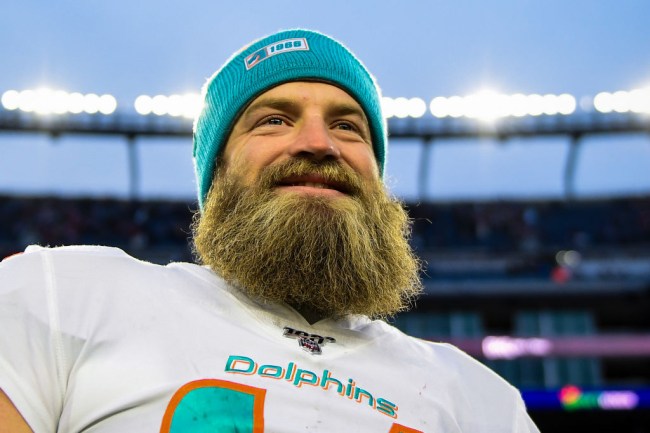 If it was a normal year, NHL players would be rocking the gnarly facial hair that comes with swearing off a razor until your team is eliminated from the postseason. However, 2020 is anything but normal, and as a result, playoff beards have taken a backseat to the “quarantine beards” that have become all of the rage among members of the general public as people decide they have more important things to worry about than maintaining a daily shaving regimen.

I had a beard before all of this nonsense started, and while I previously did what I could to keep it in check, it’s slowly but surely inched toward “Robin Williams in Jumanji” territory during a time when my interaction with other humans is largely limited to delivery guys and the occasional Zoom call I can shave my cheeks before in order to look somewhat presentable.

However, it’s getting harder and harder to disguise the fact that I haven’t gotten my hair cut since the end of January, as the last thing I want to do is become a “Zoom Hat Guy.” While I did debate stopping by the barber when this whole situation began to spiral out of control, I ultimately opted not to and I now regret that decision more and more when I look myself in the mirror with each passing day.

Back in March, Ben Roethlisberger showed off a quarantine beard he’d already been working on before he began to self-isolate in a video where he urged people to stay at home but things took an interesting twist this week when he got called out by the governor of Pennsylvania for going to a barbershop to get it trimmed.

A stay-at-home message from @_BigBen7: pic.twitter.com/UTot0ECjjK

Ryan Fitzpatrick, on the other hand, has left his majestic beard untouched, as he recently revealed there are only two people in America he trusts to trim his—neither of whom are currently taking appointments. As a result, we learned he now looks like a 19th-century wheat tycoon named Pappy Van Comstock when he hopped on a video call with reporters on Thursday.

I wish Fitzmagic the best of luck as he continues his transformation into Michaelangelo’s depiction of God creating Adam on the ceiling of the Sistine Chapel.