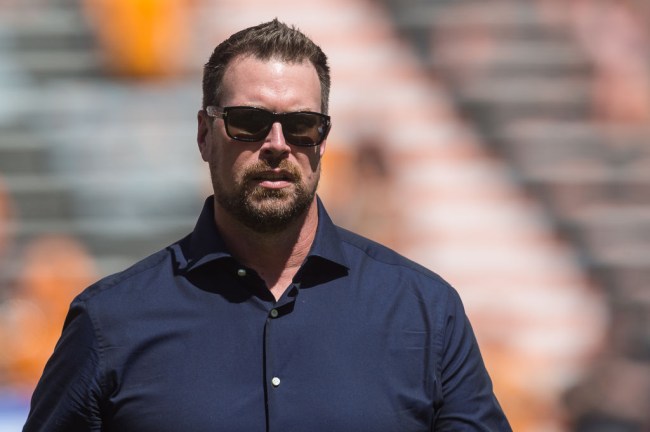 Ryan Leaf was a guest on The Pat McAfee Show on Friday morning and the former Colts punter and former second overall pick got to talking about the quarterbacks in the 2020 NFL Draft class.

Leaf has Joe Burrow going first-overall to the Bengals just like pretty much everyone else in the world does, but then things got off the rails in a major, major way.

Leaf was far from done in blowing the mind of McAfee and literally every single person listening the show. He went on to say Washington’s Jacob Eason is No. 4 on the board and Hawaii’s Cole McDonald is the fifth-best in the Draft class.

That’s correct, the man doesn’t even have Tagovailoa in his top five.

“I have reservations around him at the next level, Leaf explained. “It’s nothing about his personality, his ability, there’s something, it’s in my gut that I don’t think that it’s going to translate in the NFL.”

Well, if it’s in your gut Mr. Bust then it has to mean something!

#4 on @RyanDLeaf’s list of top 5 QB’s in this draft is Jacob Eason and #5 is.. ? #PatMcAfeeShowLIVE pic.twitter.com/AgjA59p5YG

Leaf’s worries about Tagovailoa’s ability to stay healthy and make it thru a full season are well warranted of course, but to not have Tua in your top five is bat-shit crazy.

Tagovailoa went 30-2 at Alabama, won a national title, threw 87 touchdowns and 11 interceptions in his career and finished runner-up in 2018 Heisman voting. It’s pretty clear the guy is elite regardless of the injury bug coming up and biting him recently.

If Leaf wanted to send out this fiery take to make some headlines, mission accomplished.