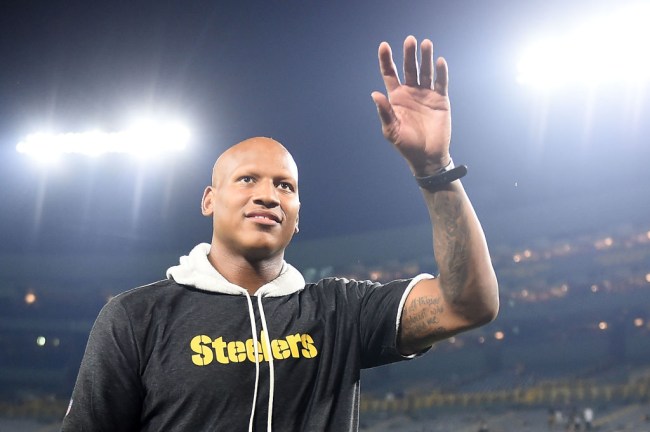 Last year, famously jacked NFL referee Ed Hochuli recounted his time officiating in the league and said that he was convinced someone died as the result of a hit multiple times per game only to see them pop back up again and get ready for the next play.

For my money, football is the most dangerous game out there (with the exception of being lured to an island by a rich guy and being hunted for sport) and there are a number of serious injuries that occur on the field every year that serve as a reminder of just how brutal it can be.

I can’t think of any incident in recent memory that highlights the risks that come with playing football more than the debilitating injury the Pittsburgh Steelers’ Ryan Shazier suffered when he went in for a tackle during a game in 2017.

After being rushed to the hospital, he was diagnosed with a spinal contusion and doctors were afraid he’d never be able to walk again. However, Shazier wasn’t having any of that nonsense.

The linebacker made waves when he was able to stand on his own just a couple of months after being carted off the field and he’s been documenting his rehabilitation over the past year or so as he continues to progress.

While the odds may be stacked against him, Shazier says he’s intent on making his return to the NFL at some point in the future, and while he has plenty of work to do, he’s made some absolutely incredible progress based on a video he posted of himself doing a box jump in the gym.

Shazier’s father Vernon spoke with ESPN and described what the recovery process has been like, saying:

“He’s grinding every day. It’s been very intense. He’s come a long way but has a long ways to go. We’re grateful for the progress he’s achieved. He’s been dedicated to doing all he can to make as much progress as he can. We don’t have a ceiling, just working day to day.