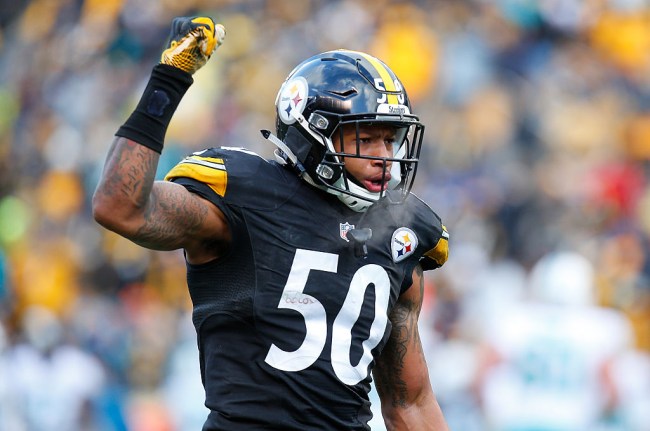 It is a realistic possibility that on December 4th at the age of 25 years old, Ryan Shazier played his last professional football game.

The Steelers Pro Bowl linebacker underwent spinal stabilization surgery back in December after suffering a spinal cord injury on a table attempt against on December 4th against the Bengals.

Currently, Shazier is experiencing movement in his legs and is working on walking with the support of a walker. Last month, he was helped to his feet by his fiancée at the Pittsburgh Penguins game, where he received a raucous standing ovation from the home crowd.

It also appears that Shazier has returned to the weight room, as his latest Instagram post shows him banging out several pull-ups in midseason form.

“Upper body is getting that work!!” Shazier wrote in the caption.

Shazier’s upper body strength was never in question, his lower body capabilities remain the mystery. On teammate Roosevelt Nix’s podcast, Shazier said he’s treating his recovery with the same tenacity he brings to the field.

“Every day, bro. Every day I’m like – right now, I’m reading a book and it’s basically saying trust the process, bro. I’m really trusting the process and I know the end goal. I’m taking it every step of the way but I’m like, I’m giving it like my football effort, like 1,000, everything I’ve got.”

We’ll all hold out for the day when Shazier posts himself banging out some squats. That will be a good day.