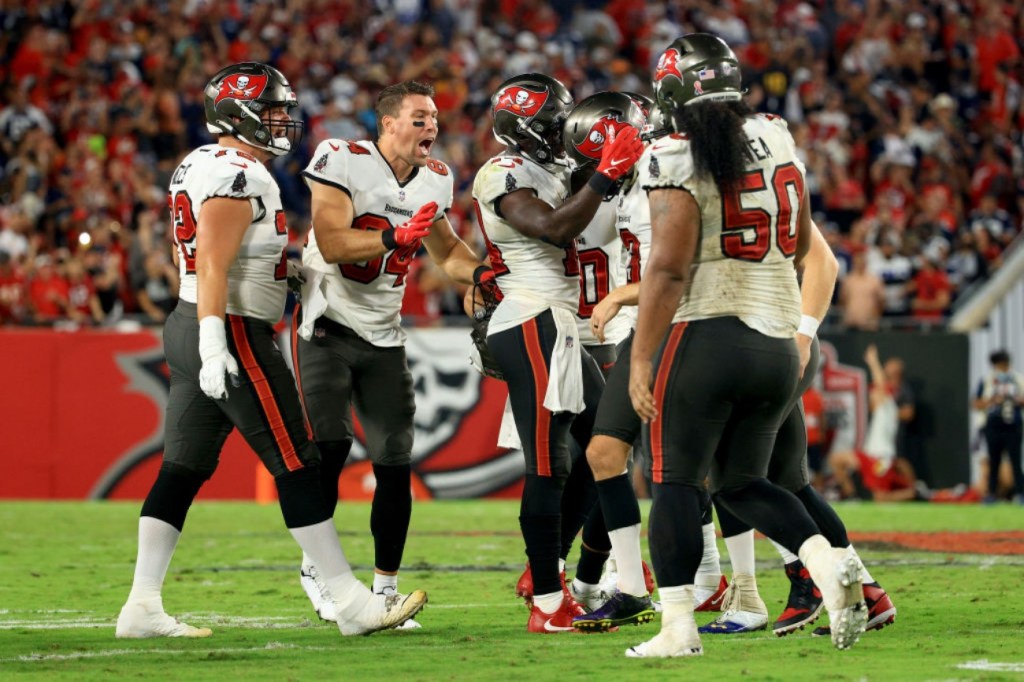 Tom Brady is the greatest NFL quarterback of all time. There was a massive chunk of Brady’s career when that was up for debate but those days are long gone. Tom’s numbers speak for themselves. He’s the GOAT.

Brady and the Bucs’ offense drove 58 yards down the field in 90 seconds before Ryan Succop kicked a 36-yard game-winning field goal to beat the Dallas Cowboys and start the season 1-0. When asked if he ever doubted if he’d get the chance to kick the game-winner, Succop had this to say on Friday:

“I was pretty certain we were going to have a chance. He’s the greatest quarterback of all time, he’s the greatest player of all time. He’s so calm, he’s so collected. His poise permeates everybody, and everybody goes out and plays better because of him.

Credit to our offense and our coaches, put us in the situation. Went right down the field, great two-minute drill, and we were able to have a small part at the end of it.” (via PFT)

Here’s that game-winning field goal from last night one more time so you can really let the moment marinate. As a lifelong Buccaneers fan, I can’t fight the feeling that this is all going to disappear tomorrow. Yes, we won the Super Bowl in 2003 but that feels like a lifetime ago after how bad the team was for most of the past 15 years until Tom Brady came along.

Watching this Buccaneers team closely from the outside, it’s clear that Ryan Succop’s words are true. Tom Brady has a powerful effect on everyone around him. He makes every teammate better. Nobody wants to disappoint Tom Brady. The offensive linemen know what it would mean if they miss a block and Tom gets hurt. The receivers know a dropped ball is their fault, not Tom’s (most of the time). Everyone pushes themselves to be *that much better* when they’re around Brady.

Tom Brady is 25-29 in his career when throwing 2+ interceptions.

After last night, Tom Brady is now 26-29 when throwing 2 more INTs. He’s also a perfect 6-0 against the Dallas Cowboys, the ‘most wins without a loss’ against the Cowboys of any quarterback in NFL history. He has also led 49 game-winning 4th quarter drives, the 3rd most in NFL history behind Peyton Manning (54) and Drew Brees (53). Tom also holds the NFL record for the most TD passes in season openers with 42 touchdowns, passing Drew Brees (41) who was at that stadium to watch last night’s game.

Somewhat related to that, viewers were losing their minds over Drew’s hair and how different it is now from the Drew Brees everyone is used to seeing.