Safeway Open Preview And Picks: It’s The Strongest Field Of The New Season 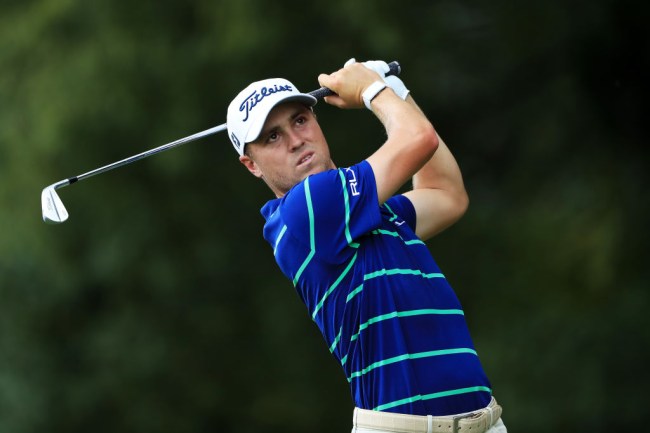 Alright, we’re officially in the 2019-20 PGA Tour season. This week’s Safeway Open is the third event of the new campaign and features the strongest field of the fall schedule by far as five of the Top 20 players in the world will be teeing it up in Napa this week.

This event has served as the season opener since 2013 and the new date on the schedule has resulted in a stronger field.

Justin Thomas, Patrick Cantlay, Adam Scott, Francesco Molinari and Bryson DeChambeau headline the field along with the likes of Hideki Matsuyama and Brandt Snedeker. Pretty sure a nice, late Fall trip to California isn’t something these guys wanted to pass up on this early on in the season.

Kevin Tway, Ryan Moore and Snedeker went into a playoff last year at 14-under before Tway came out victorious on the third playoff hole.

This is the sixth straight year that the North Course at Silverado Resort and Spa will play host. On this Par 72 course, the greens are what truly stand out as the majority are very undulated meaning hitting the correct tiers and missing greens in the correct spot are two keys.

While the greens are difficult to navigate, players will have the option to take less than driver off of a lot of tees plus the rough shouldn’t be too penal. Just missing the fairway is not a huge penalty this week, but it is a tree-lined course so blowing it all over the map isn’t an option.

It’ll stretch to just 7,166 yards, and like most courses out West, the North Course at Silverado has poa annua greens. Don’t be surprised when you see at least a handful of guys blame a short missed putt for a random bump in their line, but that’s just part of putting on poa annua.

The No. 7 player in the world is making his season debut this week after an extremely strong 2018-19 campaign. The former UCLA star won the Memorial back in June for one of his nine total Top 10 finishes a year ago, which included a solo second in the second to last tournament of the season, the BMW Championship.

Cantlay is one of the most consistent all-around players on Tour as he ranked 26th or better in every major strokes gained category finishing second last year in strokes gained: total. He made a statement last year with a win and consistent play and I think one of a few wins for him this year could come in his home state of California this week.

The Aussie may have had the quietest season of his career last year thanks to not winning an event, but he put together a very strong campaign with nine Top 10’s, with three of those coming in the last three tournaments of the year.

The 39-year-old is making his tournament debut this week, but first-timer syndrome is not something I’d keep a close eye on this week. The putter for Scott caught fire this past season finishing 31st in strokes gained: putting and I don’t see that fading, at least not yet. He also averaged over four birdies per round last season, good enough for eight on Tour in birdie average.

Just like Scott, the 2018 Open champion is making his tournament debut this week and is doing so fresh off of a T-14 finish at last week’s European Tour BMW Championship.

He stumbled mightily down the stretch last season and throughout the Playoffs, but the Top 15 finish last week should turn anyone’s head in favor of the uber consistent Italian. For Molinari, he’ll hit plenty of fairways week-in and week-out, it’s just whether or not we get the all-around game and good putting. The good form last week is a good enough sign that his game is there and should show up this week in Napa.