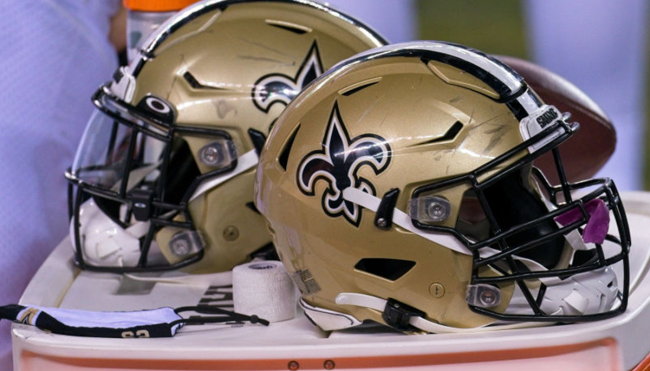 In recent years, social media has been the source of plenty of drama in locker rooms around the world of sports, whether it stems from a cryptic tweet from a player teasing their dissatisfaction with their franchise or someone throwing some subtle shade at a teammate by throwing a like at a post expressing a less than positive sentiment concerning a fellow member of their squad.

The various platforms we all rely on to get the hits of dopamine that keep us coming back day after day may be playing a role in accelerating the collapse of civil society as we know it, but they can also be the source of some entertainment we can use to distract ourselves from that reality until it’s impossible to ignore.

New Orleans Saints tight end Juwan Jones recently decided to harness TikTok to treat us to the Tremendous Content he created when he conducted a survey of a few of his teammates, who were asked to name the one guy on the roster they’d refuse to let their daughter date more than anyone else.

As you can see, the ruling was unanimous, as every single player who appeared in the video pointed the finger at the same person: Saints wide receiver C.J. Garnder-Johnson.

There’s a new leader in the clubhouse for Juwan Johnson’s series of “Which one of your Saints teammates would you not let date your daughter.” pic.twitter.com/TyVs2Wi38q

If we’re being technical, not every guy in the clip went with Gardner-Johnson, as the man known as “CGJ” also got a chance to chime in and opted to go with Dwayne Washington.

I’d also be remiss if I didn’t mention the top comment in the Reddit thread where I came across the clip that suggested someone in the Texans locker room should ask their teammates the same question. I know it won’t happen, but that doesn’t mean a man can’t dream.