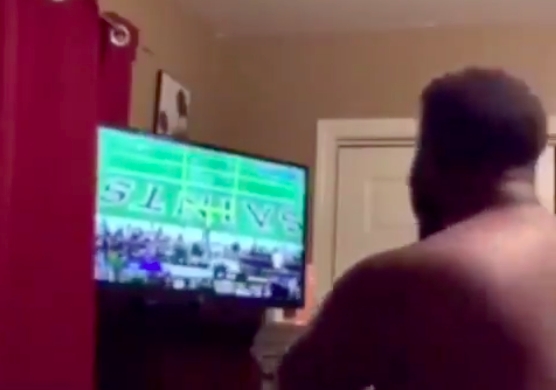 The most efficient way to break a television after a crushing defeat is with a blunt object–a baseball bat, lamp, grandma’s urn, etc. This is common knowledge. It takes a special type of pissed off to cut out the middle man and deliver an unprotected first into the glass sheet of the television. Like the anger that would swell up in you if your team got jobbed by an egregious missed passed interference call with a ticket to the Super Bowl on the line.

There is likely long lines at Best Buys across Louisiana this morning after the Saints Super Bowl hopes were shattered by the right foot of Rams kicker Greg Zuerlin. After Zuerlin hit a 57-yard game-winning field goal, the longest in playoff history, one fan saw no other option to vent his grief but to Mike Tyson the family television.

The hit was only half as hard as the missed pass interference.

All over a damn football game pic.twitter.com/UpRJbTNT3s

I hope this man eventually finds the peace he’s desperately searching for.

Meanwhile in LA, fans are just as happy as this dude is mad.