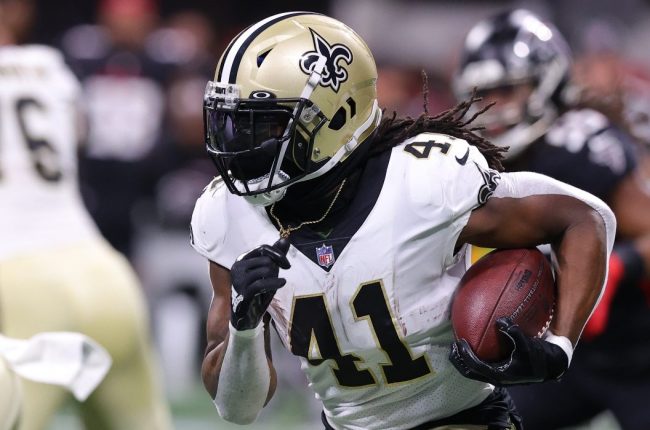 The upcoming NFL season is right around the corner and many are left pondering what’s going on with Alvin Kamara. The New Orleans Saints running back was arrested for assault during the Pro Bowl weekend but the league has yet to determine a punishment. Things get a little bit cleared up, as it sounds like Alvin Kamara may avoid suspension in the 2022 season.

Alvin Kamara Has No Suspension In Place For The 2022 Season

Adam Schefter reports that it is becoming “more and more unlikely” that Kamara will face any suspension. Even so, he does make sure to add that a potential punishment could still come to fruition down the road. His court dates have been pushed back multiple times. For that reason, the Saints star may dodge any suspension.

One of the remaining questions before the season is whether Saints RB Alvin Kamara could face a suspension. ⁦@AdamSchefter⁩ with some more insight into the situation. pic.twitter.com/iVHotkHsKk

It’s an odd situation, as this would work out great for this franchise in 2022. New Orleans would get Alvin Kamara in the backfield once again without worry of him missing any games. On the other hand, the Saints star committed a rather serious crime where he left the victim with a “serious bodily injury.”

For that reason, a suspension is likely and according to USA Today, “and Kamara is expected to miss six games.” Even so, it sounds like a six-game suspension is more likely to happen in 2023 because, “if things keep moving two months at a time, odds are Kamara’s won’t see anything from the league office during this season.”

Saints fans couldn’t help but share their reactions to this information. They took to Twitter to show their excitement for their favorite franchise.

A lot of concern with Kamara and Michael Thomas. Will see how it all plays out for the saints who seem to be in the middle of either a rebuild or attempt of making playoffs again.

More good news on the Alvin Kamara front. A full season of AK would ease most RB concerns. https://t.co/iaT9OV3HTB

We’ll see how it all plays out as there is still plenty of time for the NFL to make a move. Keep an eye on Alvin Kamara and the Saints, as the star running back hopes to avoid suspension in the 2022 season.