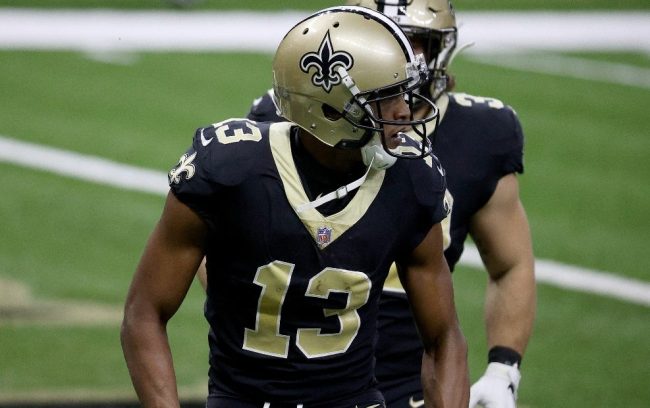 The New Orleans Saints have generated a ton of hype throughout the offseason. After the front office acquired Jarvis Landry and Chris Olave, this offense has completely revamped its wide receiver core. However, all eyes are on Michael Thomas, as apparently he’s looked elite throughout the Saints training camp.

According to Nick Underhill on an appearance on the Pat McAfee Show, “Michael Thomas looks like he did in 2019.” If that’s true, then New Orleans will have a ton of firepower in the passing game for the upcoming season. The year Underhill mentions is Thomas’ best season of his career, as he recorded 149 receptions, 1,725 yards, and nine touchdowns.

"Michael Thomas looks like he did in 2019 out here" ~@nick_underhill#PMSLive #Saints pic.twitter.com/d2CM3Y5uCj

If what Underhill is saying is true, then the Saints are about to be a powerhouse in the NFC South. They have one of the best defenses on paper and now it sounds like the offense is getting back to form. Additionally, Jameis Winston has a cannon of an arm, so the coahcing staff can open up the playbook a bit.

There have been some concerns regarding Michael Thomas, as his injury recovery has been a bit rough. Even so, since the Saints training camp started, Thomas has been reportedly looking solid. This is massive news for New Orleans, as a full recovery for their star receiver could result in a massive payout.

Look for the Saints to potentially be one of the best teams in the league in the 2022 season. They have a well-rounded roster, which gives them the tools to challenge the Tampa Bay Buccaneers in the division.