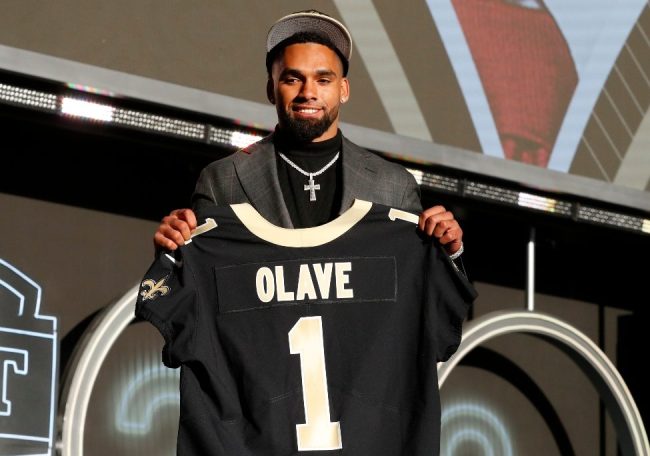 The New Orleans Saints had a big offseason as they got their cap space back under control and simultaneously improved the roster. They’re shaping up to be a real problem in the NFC South, as the wide receiver group is going to be increasingly better than last season. Especially considering Saints rookie Chris Olave took a teammate to school on training camp on Friday.

Thanks to PFF Fantasy Football, there is a quick clip of Olave sending his teammate to the shadow realm. He utilizes his quick route running skills and acceleration to beat the defender in the drill. The guy was beat so bad he looks like he’s covering a completely different receiver or something. Give it a watch yourself!

Chris Olave put the DB in a blender 🌪 pic.twitter.com/mSVAMFVmfR

If these are the moves Chris Olave is going to display then the Saints offense is going to be scary. Opposing defenses have to worry about this sleek route running while also paying attention to Michael Thomas, Alvin Kamara, and Jarvis Landry. Things are looking up in New Orleans, as they certainly have the roster to compete in the 2022 NFL season.

Jameis Winston has a plethora of weapons at his disposal and many are hoping he bounces back. However, all eyes are on Chris Olave right now, as Saints fans are hoping the rookie brings a new element to the offense that was missing last year.

We’ll see if he lives up to expectations but as of now, fans are surely excited about Olave. Look for him to ramp things up in training camp, as the Saints hope to begin the year off to a hot start.