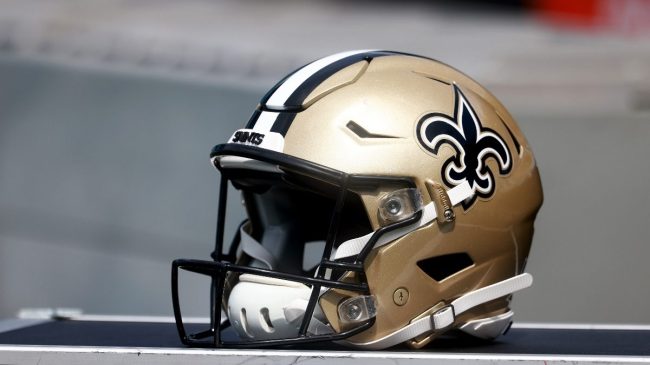 Things were looking great for the New Orleans Saints entering the 2022 season, however, August has been a rough month for the franchise. Marcus Maye joined the team this offseason as New Orleans was hopeful he’d contribute in a major way at safety. However, he might have a tough time hitting the field after some recent developments.

Marcus Maye Accused Of Aggravated Assault With A Firearm

According to TMZ, Maye was officially arrested for aggravated assault with a firearm early Thursday morning. “[Marcus] Maye was booked into Jefferson Parish Correctional Center in Louisiana at 12 AM … and is still in custody.” This is less than ideal for the veteran safety and the Saints in general.

Later, Eric Hessler, Maye’s attorney, delivered a message to social media, per Josina Anderson. The Saints safety “vehemently denies the allegations from a motor vehicle incident.” More information on the matter is sure to be released in the coming weeks.

“Marcus vehemently denies the allegation from a motor vehicle incident, and looks forward to defending himself when all the facts come out.”

Even so, the Jefferson Parish Sheriff’s Office left a statement regarding the incident involving the Saints’ safety.

We’ll see how it plays out for Maye. As for New Orleans, this is absolutely terrible timing. As John Sigler points out, the Saints recently traded starting safety CJ Gardner-Johnson to the Philadelphia Eagles on Wednesday morning. Now, just barely a day later, the defense could be left working with backup safety’s throughout the 2022 season.

10:07am Tuesday: Saints trade CJ Gardner-Johnson to the Eagles

The fanbase clearly isn’t happy with what’s transpired over the last 24 hours between CJ Gardner-Johnson being traded and now the Marcus Maye news.

Bruh Saints got more issues with the law https://t.co/fUogzkN5Zf

Some point out the NFL’s handling of suspending Deshaun Watson as well.

Saints fans are all too familiar with offseason allegations.

Just one clean allegation free offseason, is that so much to ask? Just one. pic.twitter.com/CRquxEEOhu

For now, Marcus Maye’s playing time in the 2022 season is up in the air. There’s a chance he avoids suspension similar to Alvin Kamara but we won’t know for sure until more information comes to light. Look for the Saints to possibly sign another veteran safety in the time being.