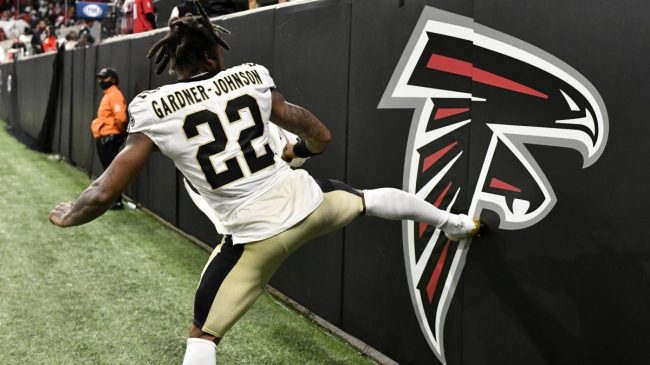 The Philadelphia Eagles are looking like a force to be reckoned with in the upcoming season. After a 9-8 record a year ago, Philly appears to be all in entering the 2022 season.

The Eagles went 9-8 in Jalen Hurts’ first full-year as a starter, but now they’ve built around their young signal caller. That process began with a huge trade for Pro Bowl wide receiver AJ Brown. Brown has quickly formed a tight bond with Hurts. It continued with Hurts making a major physical transformation in the offseason. Second-year wide receiver Devonta Smith has reportedly helped the cause by taking a huge step forward in his development.

But Philly also improved on defense. The Eagles used a first-round pick on monstrous Georgia defensive tackle Jordan Davis. Then they doubled down by snagging Bulldogs teammate Nakobe Dean is round three. Many believed Dean was a first-round talent before he fell due to injury concerns.

It turns out Eagles GM Howie Roseman wasn’t done there.

Philadelphia made big news on Tuesday morning with the acquisition of defensive back Chauncey Gardner-Johnson from the New Orleans Saints.

Shocker: The #Saints are trading DB Chauncey Gardner-Johnson to the #Eagles, sources tell me and @TomPelissero. After extension talks broke down, the focus shifted from keeping Gardner-Johnson to trading him. Philly lands a starter. pic.twitter.com/k6bxvziA84

Gardner-Johnson had three interceptions in 2021 from the slot corner position for the Saints. He’s expected to play safety in Philadelphia.

The former Florida Gator was a fourth-round pick in the 2019 NFL Draft. New Orleans wanted to re-sign the electric defensive back. But NFL Network’s Ian Rappaport reports that talks broke down before he and the team.

Despite that, it still came as surprise when fans saw just how little Philadelphia gave up in the deal.

Eagles fans couldn’t believe how lucky they were.

Howie making sure the Saints pick in the Top 5 while getting a steal at Safety😂. #howieroseman #Eagles https://t.co/tWV6psIOPr

Howie Roseman should be arrested for theft. https://t.co/BfYVgSzEUZ

To top it off, the Eagles also own the Saints’ 2023 first-round pick as result of an earlier trade. Philadelphia suddenly looks like a contender for years to come.